Horses need to graze on grass or hay for most of the day for good digestion and overall health. Over 150 equines – consisting of horses, miniature horses and donkeys – were being deprived of food and proper care on a supposed horse rescue property in Texas.

When rescuers arrived at the 45-acre property in Camp County, Texas, they described several of the animals as “walking skeletons”.

Their ribs and hips were protruding and many were in dire need of medical care. One horse was missing an eye, while others suffered from skin and respiratory infections. Some of the starving horses were eating the bark off the trees in their tiny enclosures to survive. The paddocks – overcrowded with horses – were full of mud and animal feces that rescuers trudged through to rescue each innocent animal. 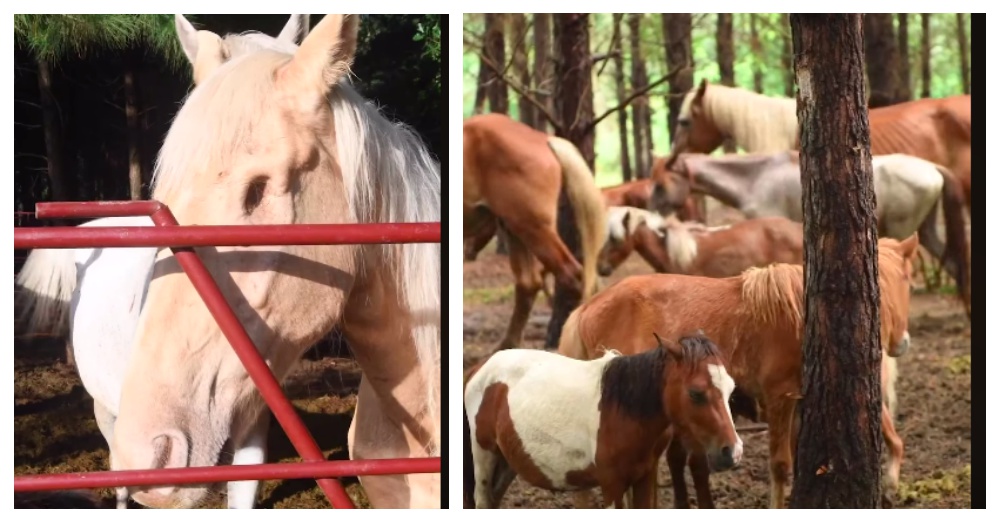 The Humane Society of the United States has been on the ground helping with the large-scale rescue. The animals were taken to a safe undisclosed location by the Safe Haven Equine Rescue and Retirement Home, while Camp County Sheriff’s Office completes the investigation. 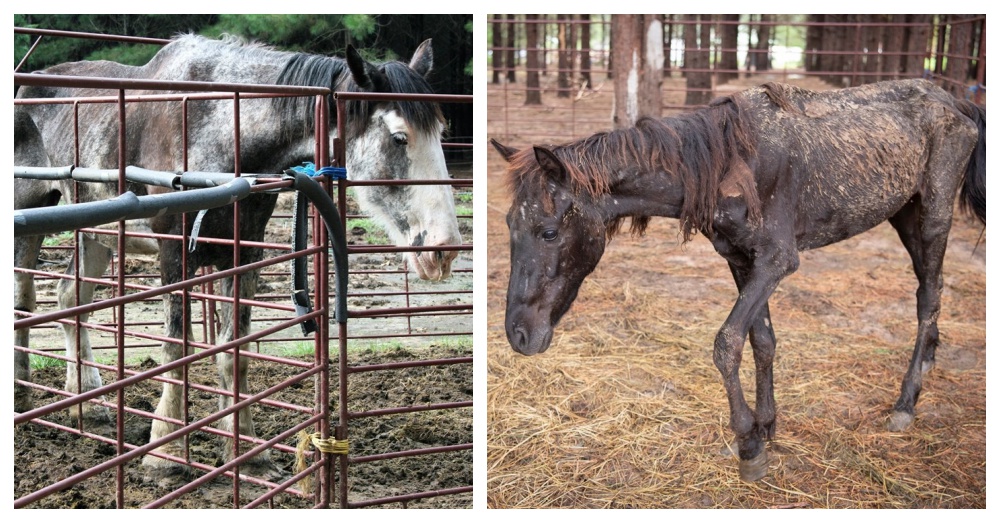 A video was released showing just a few of the neglected horses. One of the rescuers comments on a black horse that is literally skin and bones, “He’s one of the worst out here.”

“The horses are receiving veterinary care and assessment. Many of the horses appear to have been denied proper nourishment, and they will have a long road to recovery ahead,” stated HSUS. 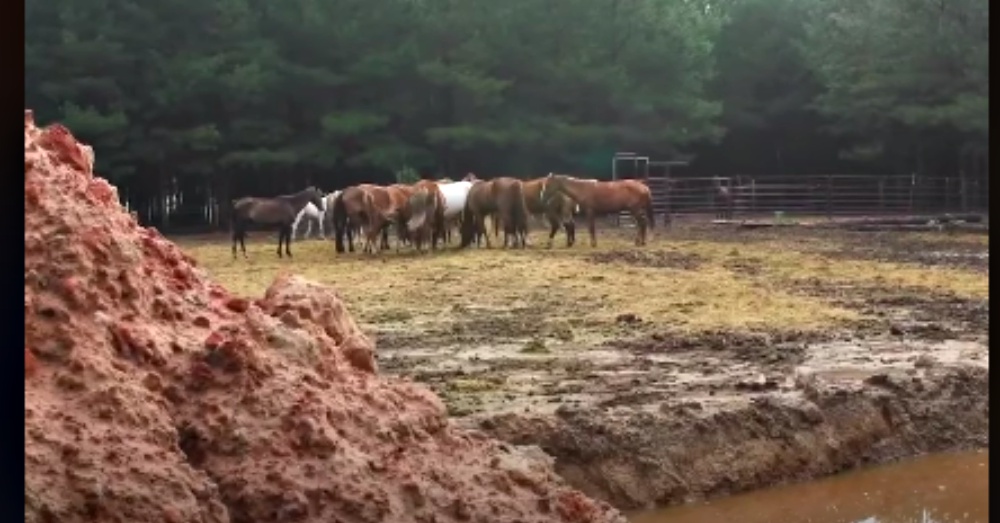 Even though the conditions of the horses and area they were kept was heartbreaking, a glimmer of hope was seen by rescuers. HSUS shared that rescuers witnessed the unconditional love of a mother and her newborn foal. “Among the horses on site, responders noticed a mother with a baby estimated to be only a few days old. While both were extremely thin and looked to be in poor condition, the bond and the love between them was clear. That bond, and that love, will get a chance to flourish in a new and wonderful way now.” 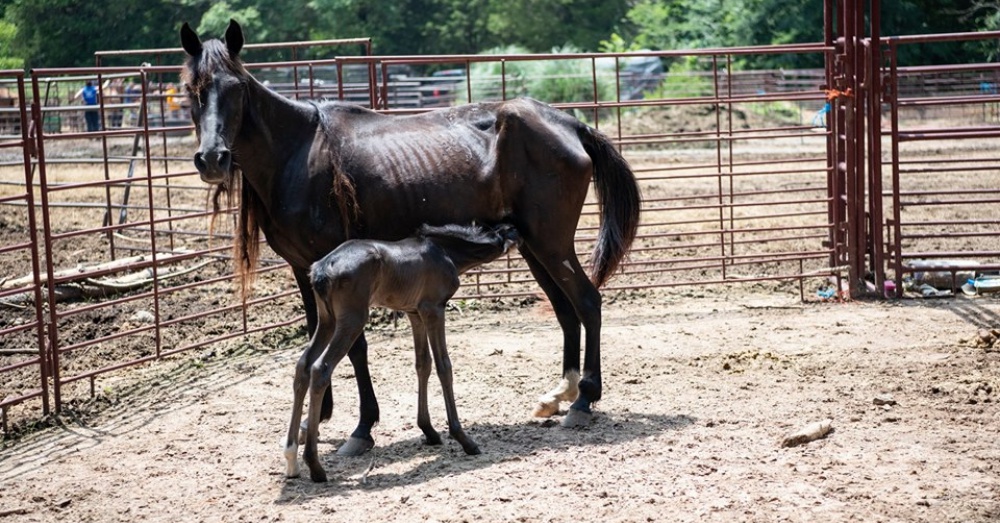 All the horses were turned over to Safe Haven Equine rescue in a court ruling on Friday. Deanna Tiereney, owner of the supposed Scarlett’s Legacy Horse Rescue, is being charged with animal cruelty. Multiple dead horses were found on the property and according to police records, they had visited the property many times in regards to animal welfare. 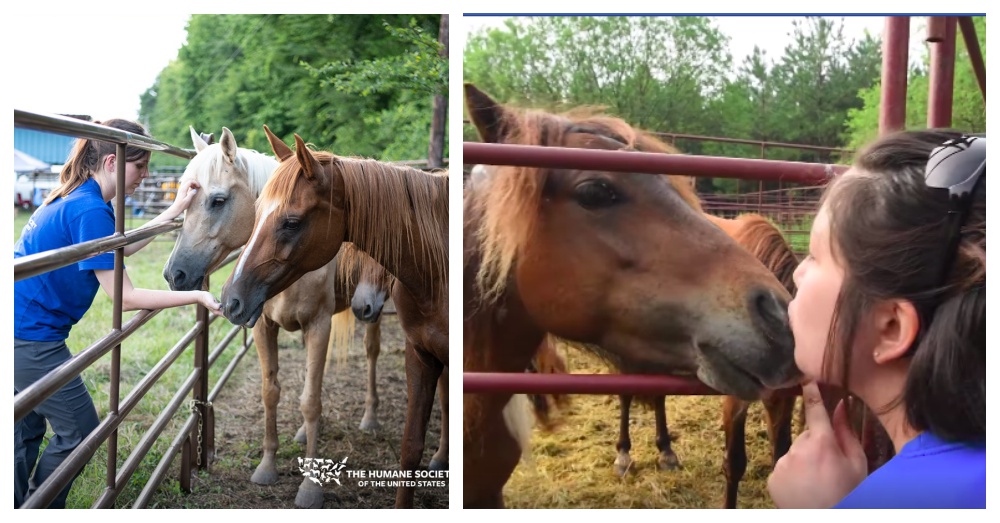 Some of the horses are already improving after being removed from the deplorable conditions. All are being seen by a farrier and are currently being separated into groups based on personalities and medical needs. Thank you to everyone involved in rescuing these beautiful animals.

Take a glimpse at the horrible conditions in the video below.

Patrick Stewart And His Wife Are Heartbroken After Their Foster Dog Lenny Passes Away: Click “Next Page” below!