Horses are not robots and can be just as stubborn as we are, but that does not justify any form of animal abuse. Instead, people need to learn to properly and compassionately communicate with horses.

Colorado couple, John Saldate, 59, and Amber Rose Saldate, 33, were charged with animal cruelty after posting a disturbing video of them dragging their horse named Trigger behind a truck. 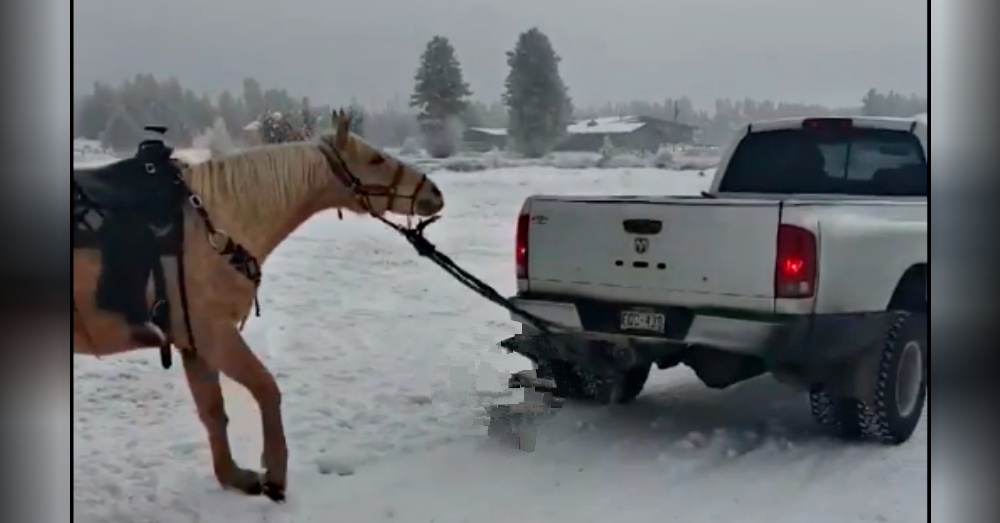 In the video, Trigger had a rope that was attached to his halter tied to the hitch of the truck. As the truck started to move forward, Trigger tried to pull back but was no match for the force of the truck. He was dragged at least 100 feet in the snow, struggling the whole time to break free. Amber can be heard in the video saying, “This a**hole refuses to leave the ranch, so John’s pulling him across because he’s being a douchebag.” 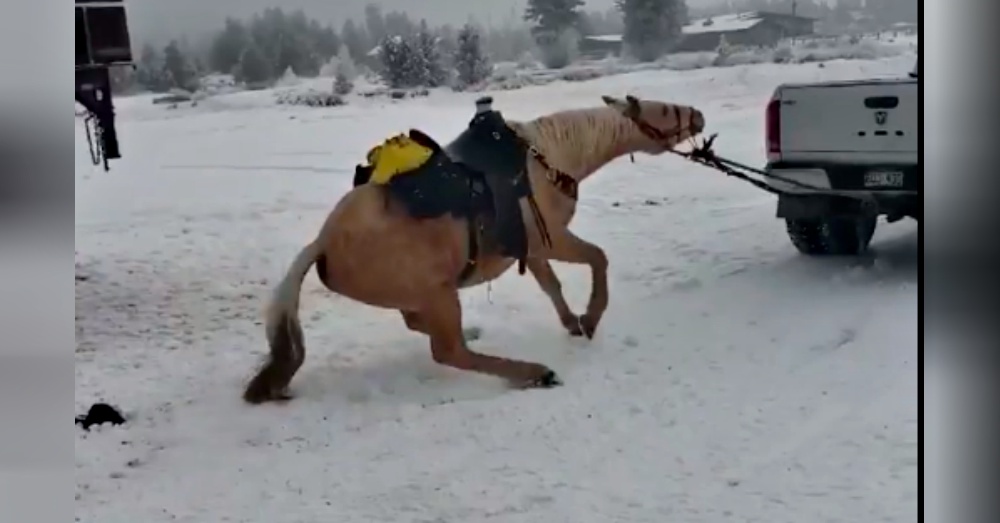 The video was shared by animal lover, Alison Richards. She captioned the video with, “I’m just going to leave this right here 😡 Volume on…People involved here are Amber Rose Saldate and John Saldate of Grand Lake, Colorado NOT myself.”

The heartbreaking video has been viewed over 44K times. People were outraged by the animal abuse and demanded that officials charge the couple. 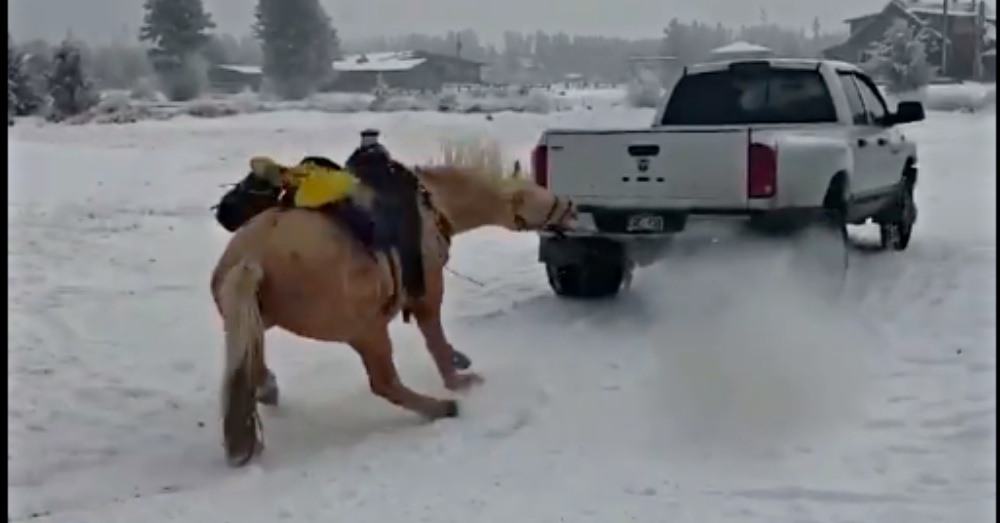 One person wrote, “These people are abusive idiots. Jail & permanently prevented from ever having or working with any animal should be enacted and enforced.”

Another said, “You have no business owning any animal if that’s how you treat them!!! You don’t think they have bad days, just like you?? Anyone that does that should be drug behind a vehicle themselves!! I have 4 horses currently, all are rescues, even through their ‘temper tantrums’ I’ve never beaten them or drug them anywhere! You work through it.” 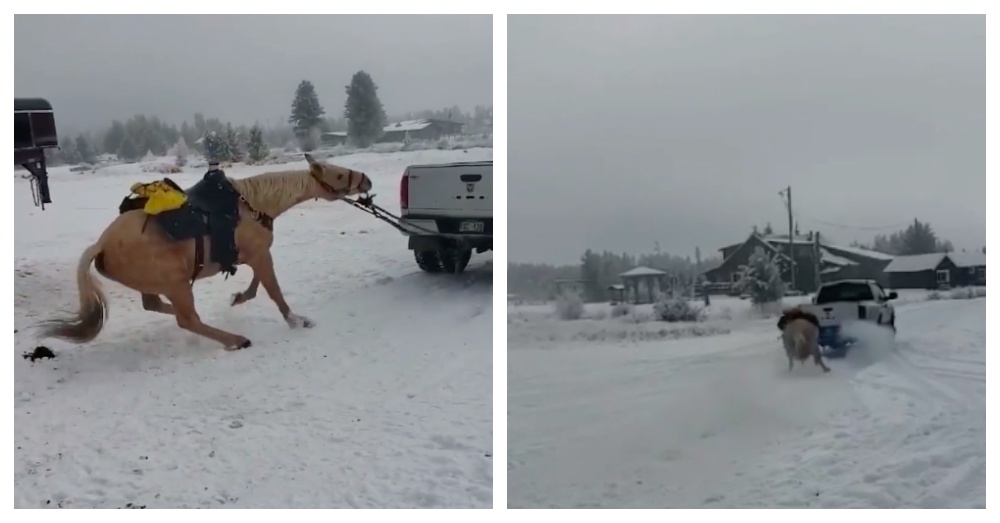 The Grand County Sheriff’s Office is still investigating the case but with the help of Grand County Animal Control, Colorado Humane Society they seized Trigger and charged the couple with animal cruelty.

“You make one bad decision sometimes and it can destroy your life,” Amber told CBS4. “I’ve lost my job over this, I’ve upset a lot of people. I made our horse go through something that he shouldn’t have. I was wrong.”

Trigger is safe at an animal welfare center and has been examined by a vet. The couple is scheduled to appear in County Court in Hot Sulphur Springs at the end of January. Both are charged with a class one misdemeanor under Colorado Law.