For the past two decades, Kevin Adkins, a 55-year-old cowboy from Kansas, spent every day with his best friend Vic, a 27-year-old horse.

The two were inseparable from the moment Adkins purchased the horse from D&J Ranch. Jennifer Wadley’s family owns the ranch and said that Adkins would come out no matter the weather to spend time with his horse. “It could be pouring rain, it could be snowing, it could be hotter than heck. He was always here,” she told WEAU. 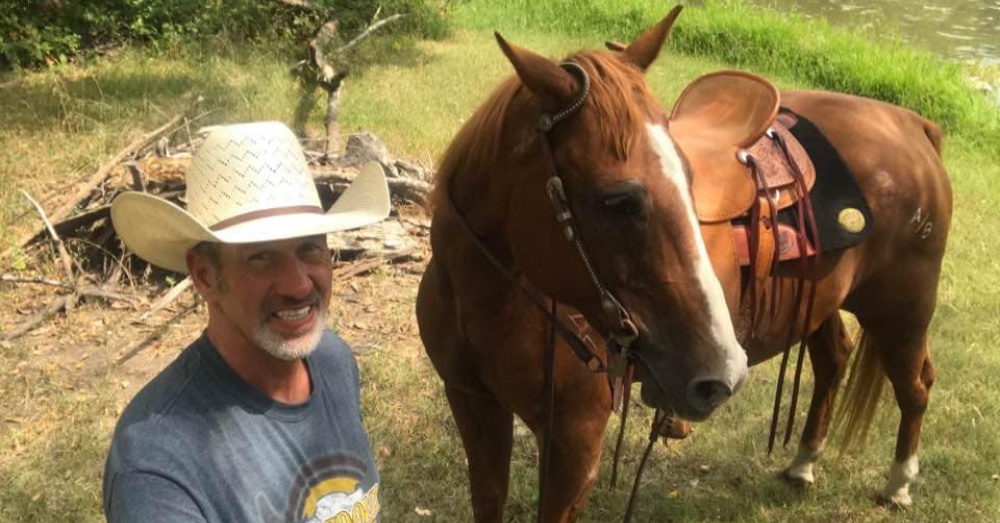 Three years ago, Adkins was diagnosed with cancer but still went out to see his best friend every day. Even though he was no longer able to ride and in tremendous pain, he would groom and care for his horse. The pair had an unbreakable bond and Adkins found peace by simply being around Vic.

Sadly, the cancer progressed and Adkins was admitted to the hospital. He was unable to see Vic for weeks and longed to see his friend again. He told his daughter, Delaney, that his dying wish was to see his beloved horse one last time. 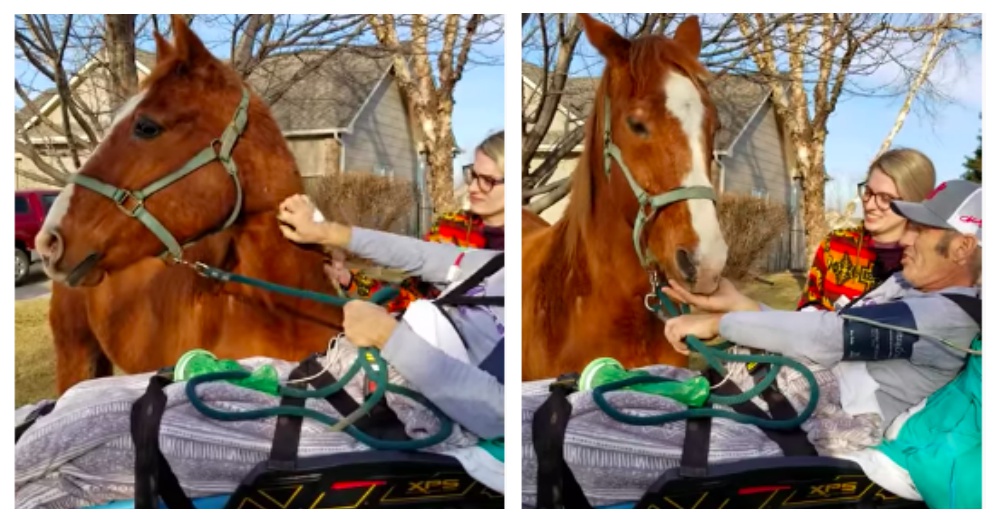 Adkins was unable to walk, so he was transported in his hospital bed by an ambulance to see Vic. Their reunion was captured on video and shows Adkins grinning from ear to ear when his faithful friend is brought to his bedside.

He gently pats Vic on the head and offers him a treat as he says his final goodbye. The next day Adkins passed away. His family and friends are heartbroken but glad the pair were able to see each other one last time. 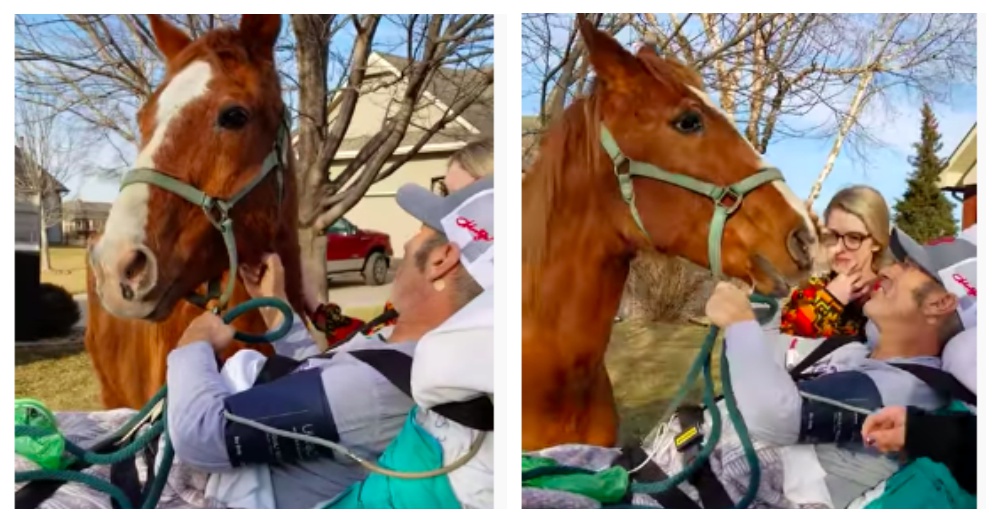 “It’s truly a love story between a man and a horse,” Wadley said. “It was just an unbelievable friendship.”

Vic will be an honorary pallbearer at Adkins’ funeral reports WEAU. Many people commented on what a gentleman and great man Adkins was. Anna Laughlin wrote, “I’m sorry you’re gone Kevin, but thank you for being a good man , a good citizen and role model. Seems those are in short supply these days. Move over John Wayne, Kevin’s riding in.”

Watch the reunion in the video below.