A storm rolled through New Jersey that brought strong winds. A tree could not stand up to the force and fell in a field. Somehow a horse became trapped.

The owner of the 28-year-old Tennessee Walker, named J.D called for his beloved horse when he came home from work. When the horse did not come, the man called again. The horse called back but from a distance. The man knew something wasn’t right. He found the horse pinned between two tree trunks in the pasture. 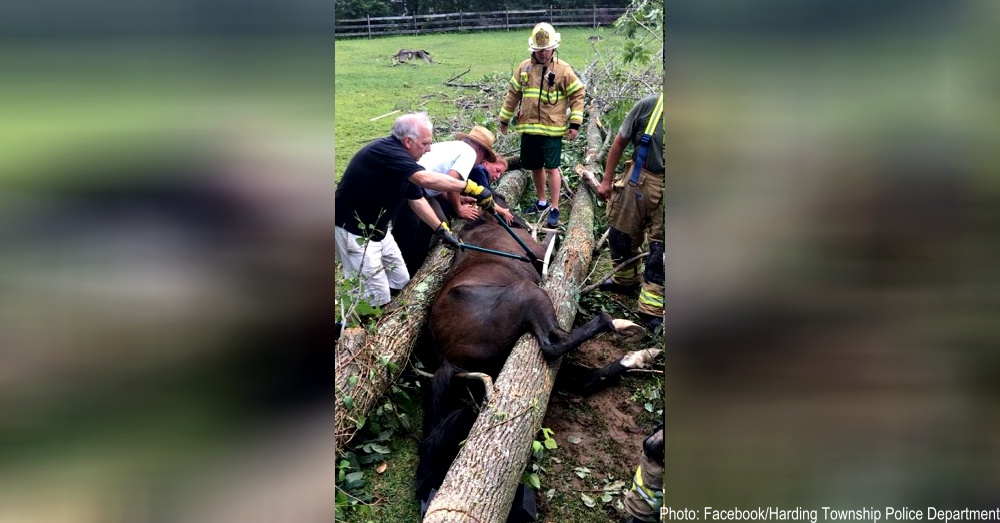 He immediately contacted the Harding Police Department. The police arrived and called New Vernon Volunteer Fire Department, when they noticed the horse was trapped between two tree trunks. Somehow the horse had one tree trunk between his back legs, and another above his body pinning it in. Together the team worked fast to cut the trees away from the horse.

Teri Phinney, the horse owner’s daughter tells Daily Record, “Let me tell you, the response was unbelievable.That fire department and police, like nothing you ever saw. You would have thought there was a human being under that tree, the way they worked.” 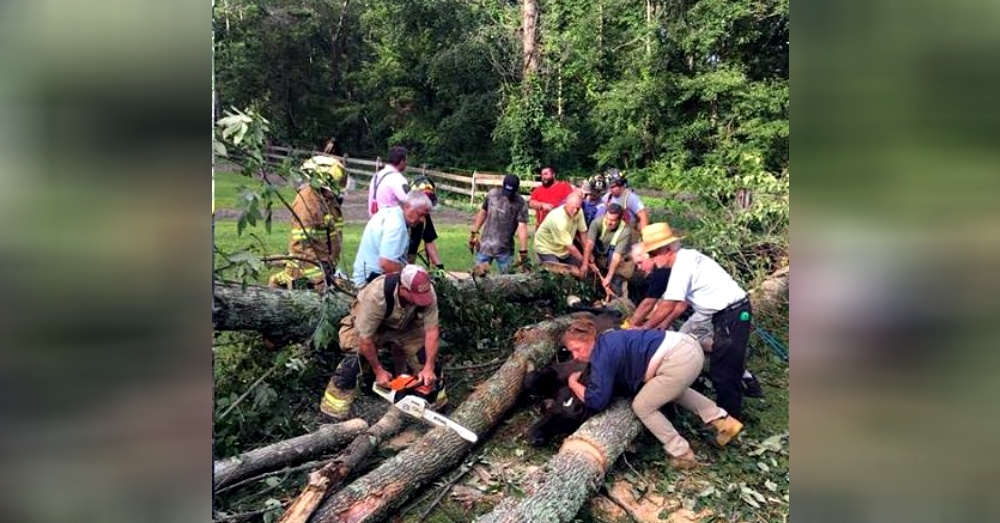 The poor horse was scared and stressed from not being able to move. The total rescue took about 30 minutes. “They had chain saws going, ropes going. When I looked around, there had to be 30 cars there. Neighbors were running over. I still can’t believe what I saw last night,” said Phinney.

Once the tree trunks were cut away, the horse was able to stand up on his own. After resting for a few minutes, the horse stood up. It appeared the horse only had minor leg injuries. The concerned owner called an equine vet to examine the horse. J.D. is on antibiotics and seems to be doing well. He is being closely monitored, but will make a full recovery. 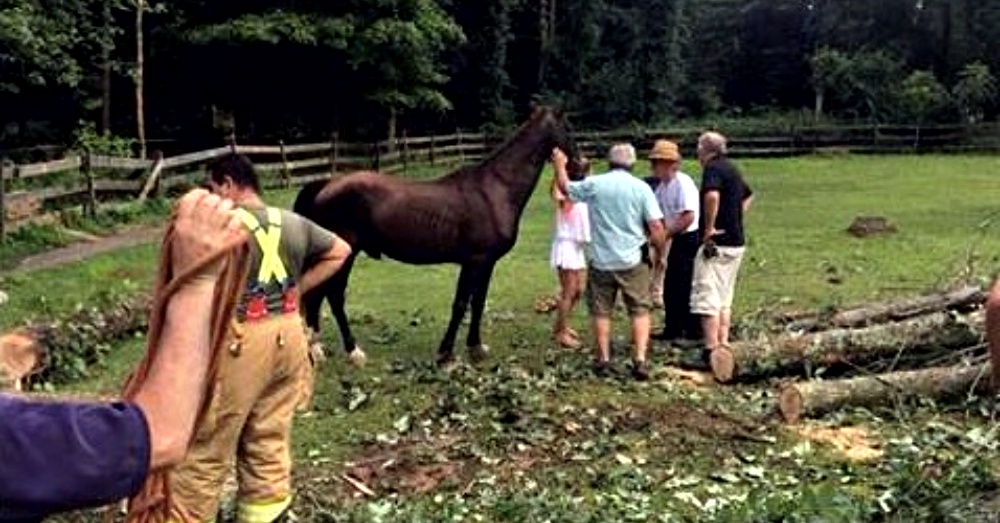 “We think he may have been eating leaves around the tree, slipped on a wet spot and slid under,” states New Vernon fire Chief Peter Finkle. His team is trained and equipped to rescue horses.

The police department posted pictures of the rescue and stated the horse seemed to be doing well. It was a freak accident that ended well. Thankfully, the rescue team responded quickly.