Rescue Workers Race Against Rising Tide To Save Horse Stuck On Muddy Beach.

This story originally appeared at InspireMore.

It was a beautiful spring day for a horse ride along the beach at Burnham-on-Sea, United Kingdom.

A lone horse and rider were making their way across the wide and flat sandy beach one Sunday when suddenly things got a bit sticky. The tide was out, so the rider had led his stead far out onto the hard-packed sand. As they started to head back towards shore they encountered a muddy section, and before they knew what happened the horse had sunk up past his belly in the thick mud. 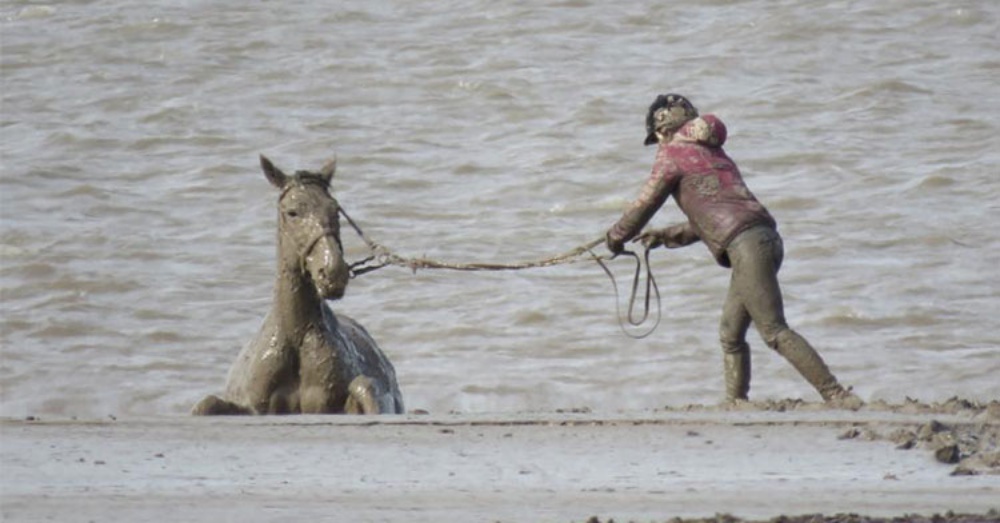 The rider called for help and soon the beach was teaming with rescue crews. The coast guard and other agencies assisted BARB Search & Rescue with the effort to free the horse from the mud. The real challenge came in the timing of this event: the tide was due to return soon and they knew they didn’t have much time. 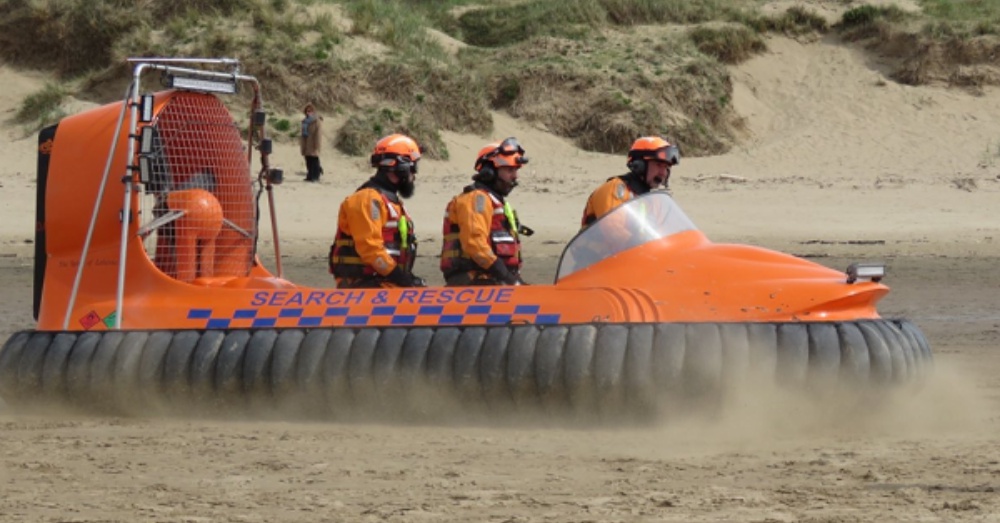 BARB launched a hovercraft from nearby Burnham as well as 4-wheelers and another all-terrain vehicle. Even with all of this technology, in the end, it was sheer manpower that did the trick. Using a giant cloth strap they harnessed the animal and formed a human chain, working together to heave the frightened horse out of the surf. 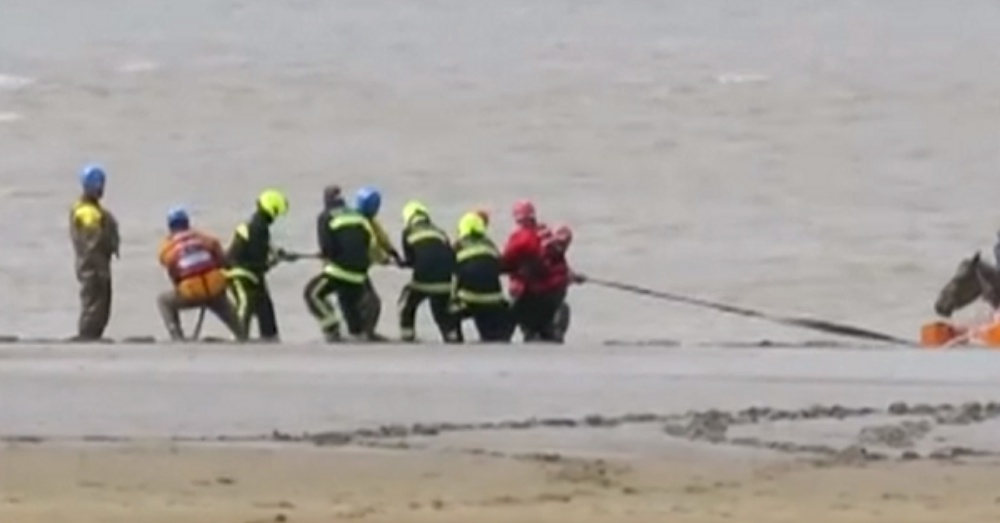 Once the horse was free, the rider was able to lead him safely onto the shore and into his trailer, presumably to be checked out by his veterinarian. Incredibly the horse and rider emerged from the whole ordeal with no injuries, except maybe for wounded pride. 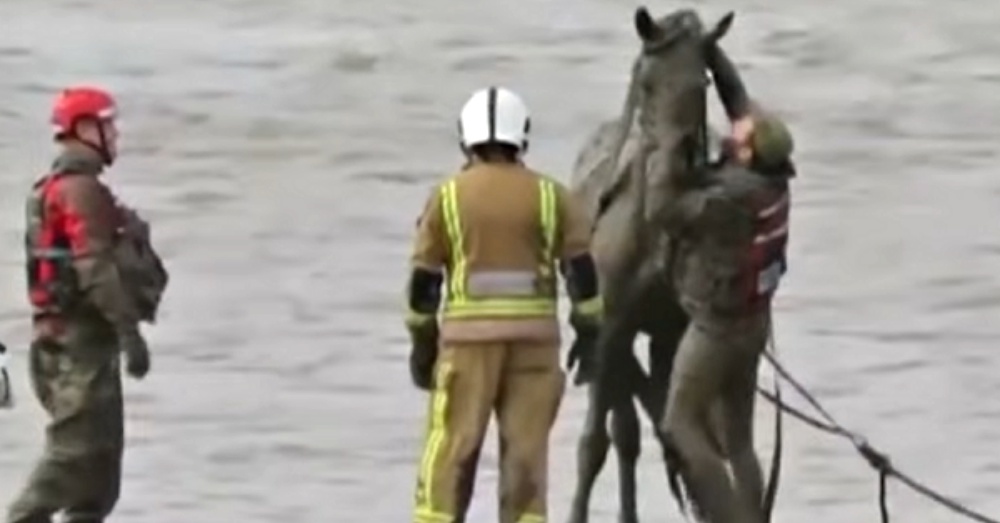 “Take care when walking or riding over these big expanses of tidal sand or mud and consider getting guidance from someone with local knowledge if you are at all unsure about your route,” she said. 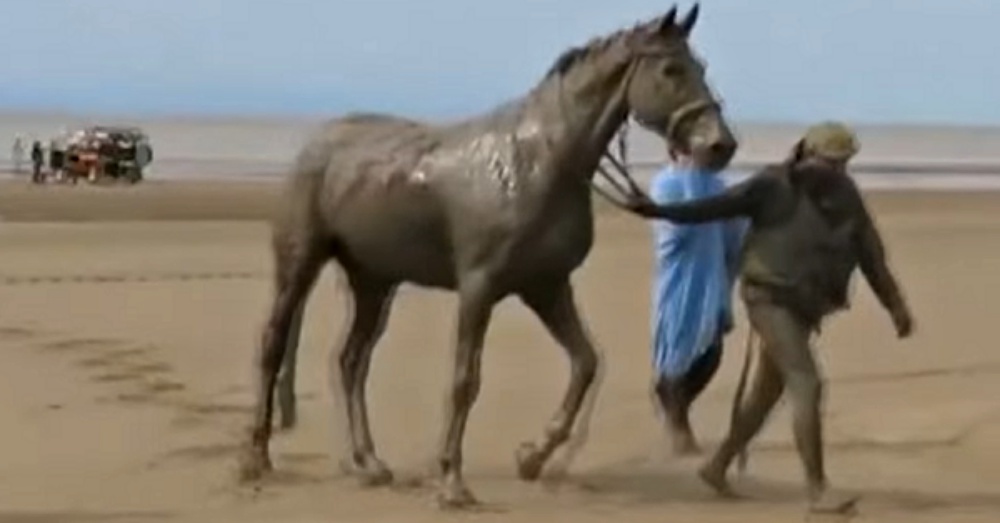 Phew, that was a close one! It’s scary to think what could have happened if these rescue workers had not been so skilled. This rider might want to stick to solid ground for a while!

Watch the dramatic rescue below, and be sure to share.