Wild horses are a sight to behold. While they are to be admired from afar, one momma horse was in need of human help to save her newborn foal.

A herd of wild horses, known as the Oak Creek Wild Horses, came galloping through a canyon in Arizona. However, one of their caregivers, Diana Palmer, noticed a mare standing near a cluster of tumbleweed and went to investigate. 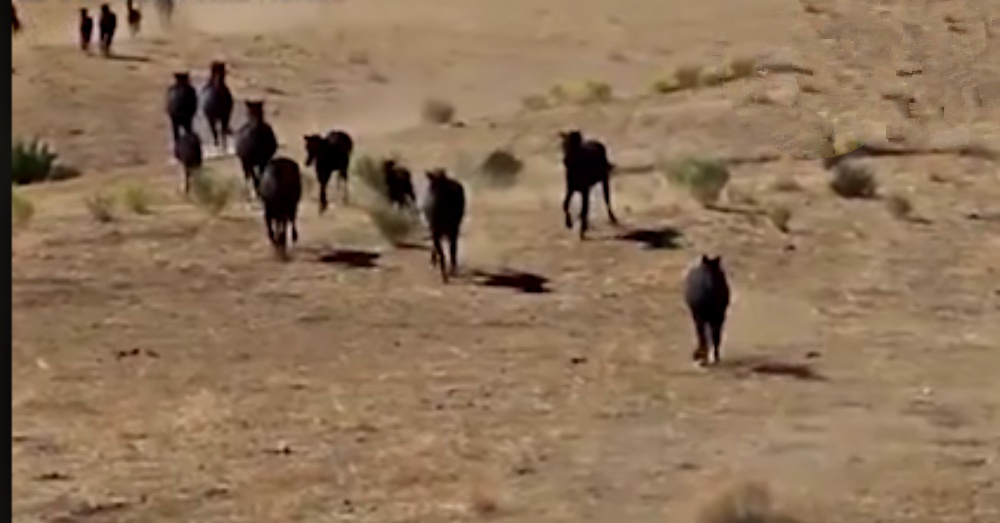 There in the tumbleweed was a newborn foal that became entangled and separated from his mother. At first, they only saw his ears sticking out of the thick tumbleweed. The worried momma stayed nearby as Steve Auman, another caregiver, slowly approached the foal. 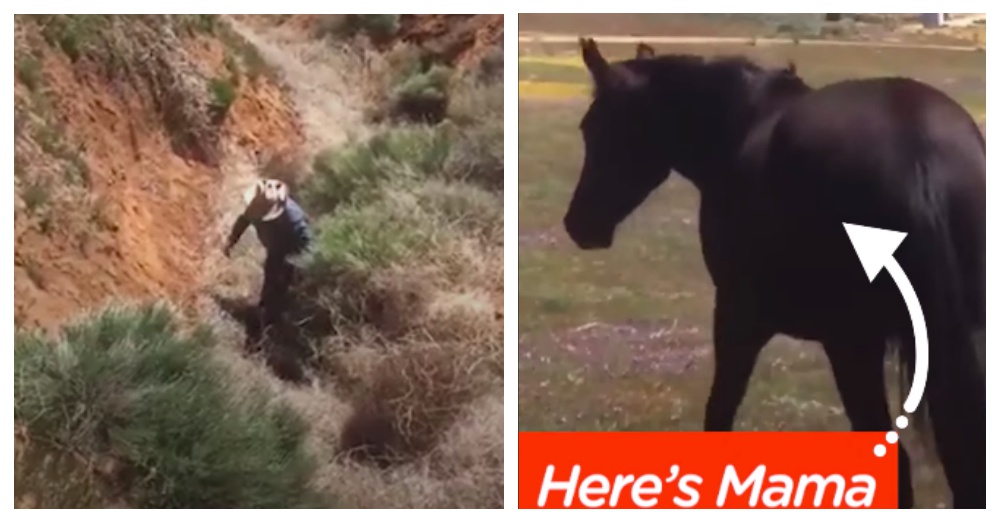 “Demonstrating the innate patience and trust that horses and humans have shared for centuries, the wild mare watched and waited as Steve Auman worked to free her fragile foal,” posted the rescuers. After the baby was freed of the tumbleweed, they helped him to his feet and cleared a path for him to walk. 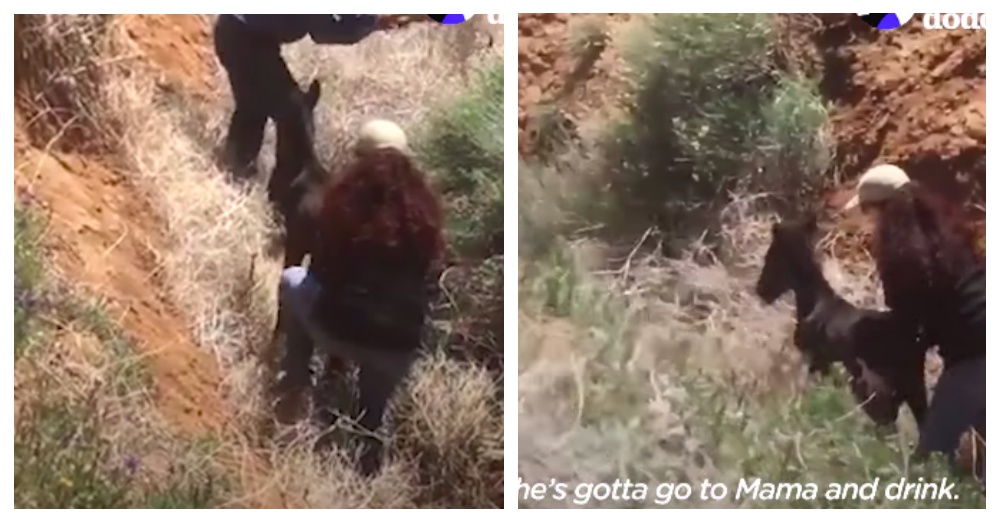 They believed he was a newborn and appeared weak from not eating. With one person gently leading the foal and another helping him walk from behind, they were able to reunite him with his mom. Momma whinnied to her baby and paused for a moment to thank the rescuers. 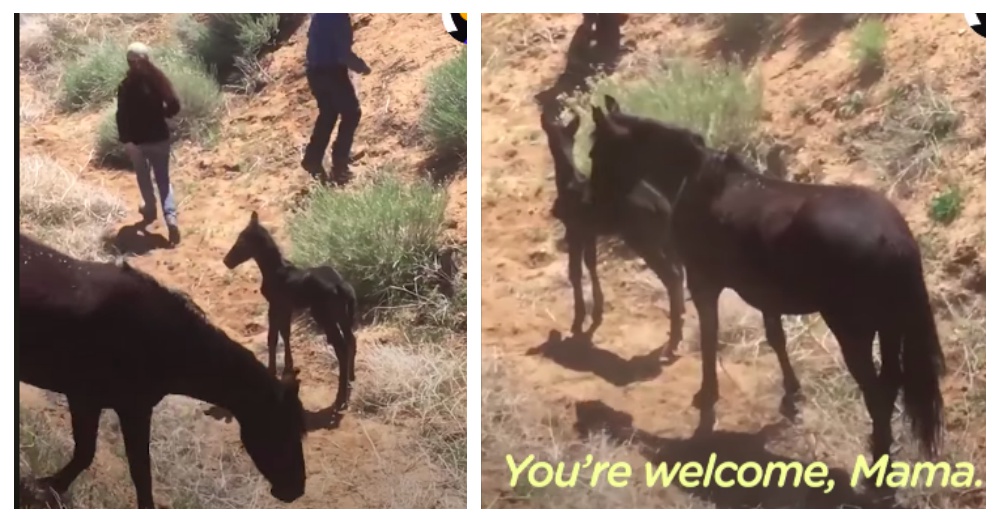 Her motherly instincts kicked in and she knew her baby needed to nurse, so she nudged him in the right direction. The onlookers were amazed at the beauty they were witnessing and the unbreakable bond between mother and foal. It was a successful rescue. 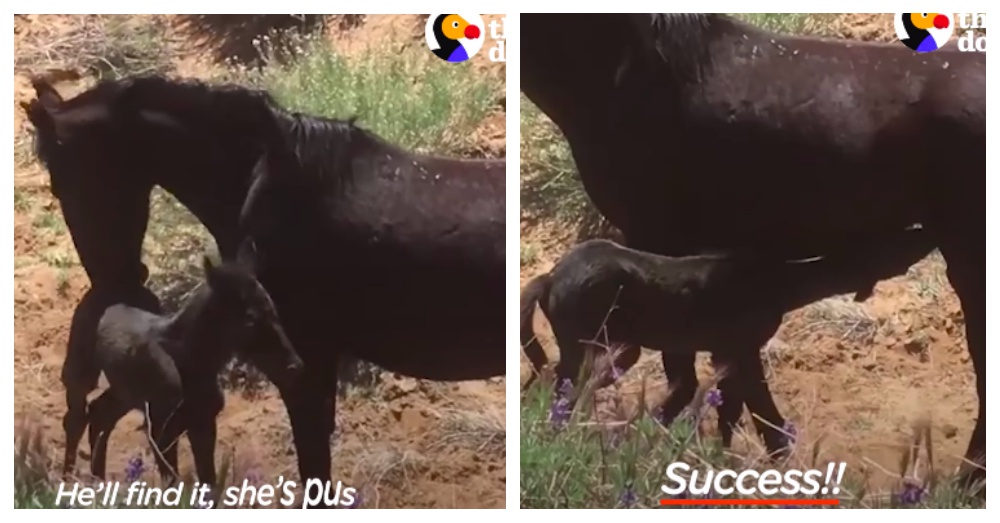 The Dodo posted a video of the rescue that went viral with over 1.4 million views. One person wrote in response, “WOW!! So glad mama knew to go to her baby and let him drink! Amazing a mother’s instinct!!KUDOS TO YOU GREAT PEOPLE FOR RESCUING THE BABY! God bless you all!! WOOHOO!!”

Another posted, “Great rescue of this beautiful pony. Mama so happy to have baby back n poor thing is sure hungry. Good Mom that stayed by her baby n great job on rescue by you both. Thank you so much.❤🐎🐎”

Watch the amazing rescue in the video below and don’t forget to share.

It’s This Baby Horse’s First Day Outside, But Keep Your Eye On The Horse Behind The Fence: Click “Next Page” below!