Horses are majestic animals that embody freedom. They share that sense of freedom with people who are unable to walk by carrying them on their backs or in this case – in a chariot.

For years, horses have been used to help disabled children and adults feel like they are walking. The rhythmic motion of a horse’s walk mimics our natural gait. It allows a person to feel free for a short while.

A man name Simon Mulholland designed a cart for his beloved pony, Obama, to pull. He started Pony Axe S and now builds “safe horse-drawn vehicles”. Simon and Obama are changing the lives of people all over Scotland. This special cart, which resembles a chariot, was designed to allow people that are confined to a wheelchair to experience the great outdoors again. 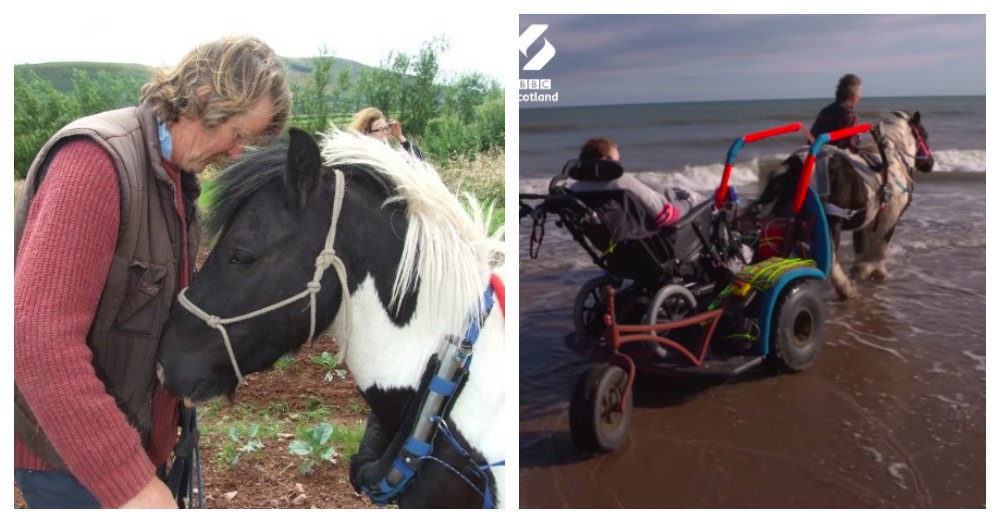 Simon told BBC Scotland News that he does it for, “Partly I love the challenge, but I cannot imagine not being able to visit the countryside and we’re all potentially in a wheelchair.”

“We’ve got plenty of safety systems so if anything does happen that might scare him I just let him go, the vehicle stops, you’re safe, and we’ll get everything together and sort it out,” reassures Simon. 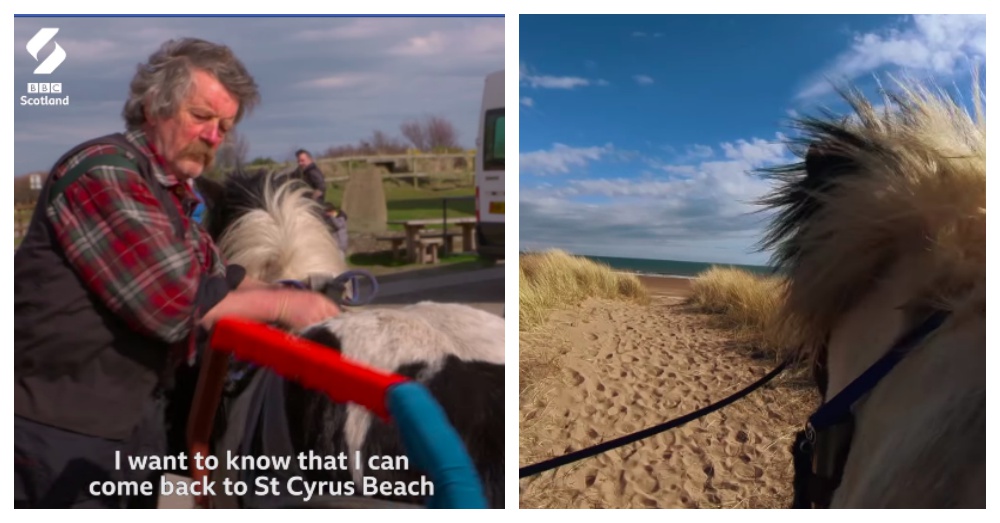 The all-terrain wheels are made to go through sand and water with Obama leading the way. Recently a woman named Kathleen Robertson, that has been confined to a wheelchair for the past 10 years due to multiple sclerosis, experienced the sea like never before. 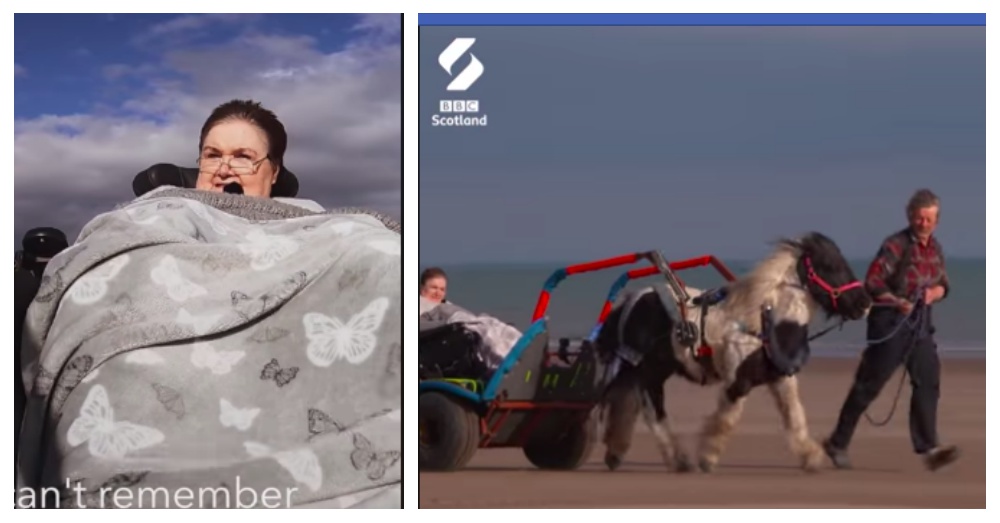 She thought she would never see the beach again, but her dream just came true. Simon and Obama trotted along the sandy shore of St Cyrus National Nature Reserve in Aberdeenshire as the wind blew through Kathleen’s hair. She was speechless at first, but then said, “Oh wow, look at the sea. I just can’t get the words to say how I feel, it’s just magical.”

She told BBC that this experience gives her something to look forward to. “It just shows you that life in a wheelchair doesn’t have to be miserable.” 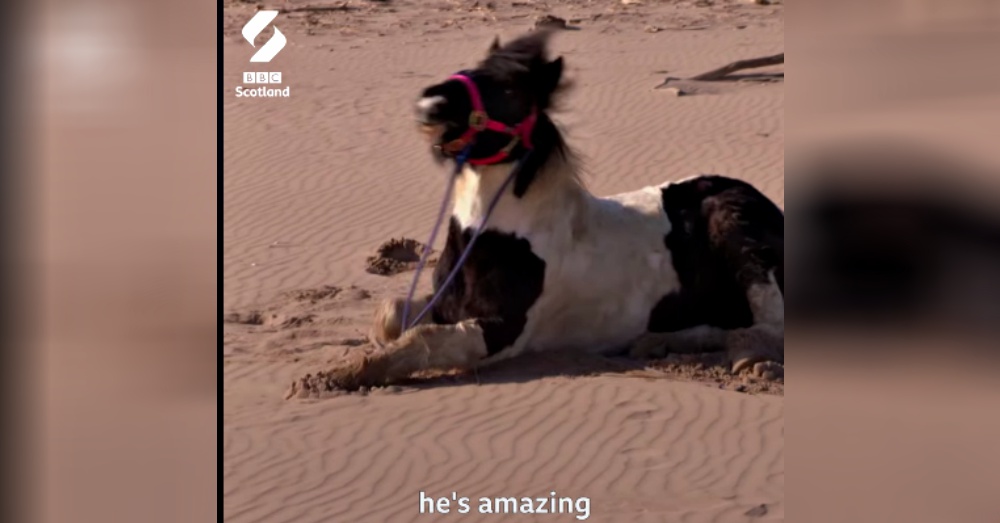 Obama is rewarded for his efforts by having a good roll in the sand. Kathleen said, “He deserves that, he really does. He’s just made my dreams come true.”

Watch the magical moment in the video below.

Every Morning A Horse Takes Herself For A Walk Through The Streets Of Frankfurt: Click “Next Page” below!