U.S. Marines are taught to live by three core values, which are: honor, courage, commitment. A decorated war horse named Staff Sergeant Reckless embodied all of these and more during the Korean War.

The chestnut mare was a Mongolian horse born in 1948 and purchased by the United States Marine Corps for $250 in 1952. A young Korean boy was selling the mare at Seoul Race Track for money to buy an artificial leg for his sister. The small mare was 14 hands and weighed 900 pounds, but would become America’s greatest war horse. 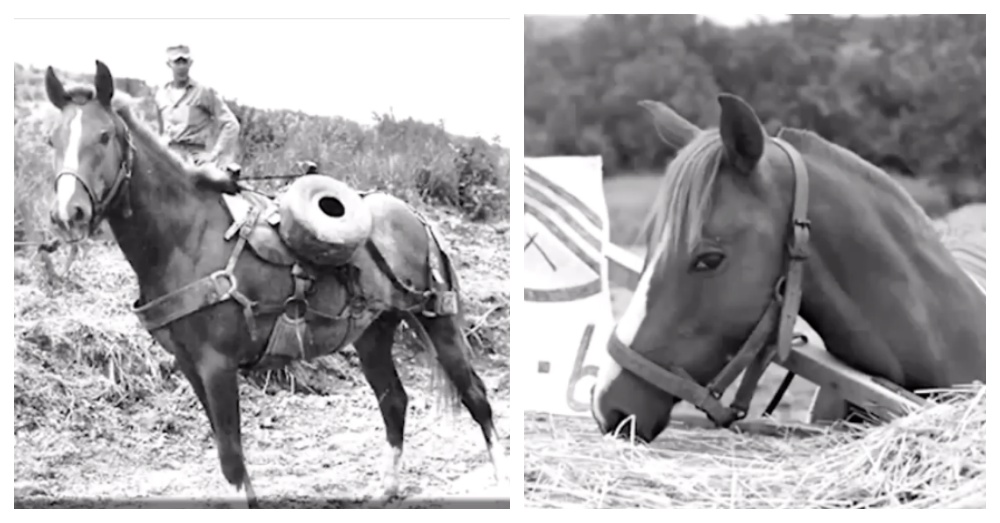 She was trained by Platoon Gunnery Sergeant Joseph Latham as a pack horse to carry ammunition to the front lines for the Recoilless Rifle Platoon of the 5th Marines. Marines named her “Reckless” after the recoilless rifle she carried ammunition for.

Reckless formed an unbreakable bond with her unit. She often slept in the marines’ tents and dined with them. The intelligent mare quickly learned the supply route during her multiple combats in the Korean War and would make the supply runs on her own without a handler. 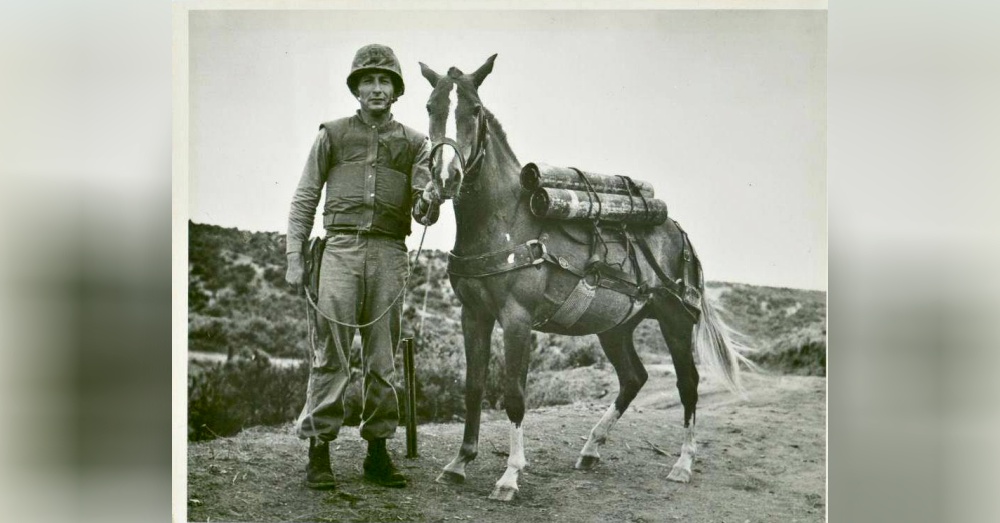 Towards the end of the Korean War, at the Battle of Outpost Vegas, the fearless mare made 51 trips to the front lines with ammunition in one day. After dropping off the ammunition, she would carry wounded soldier back to camp. She never wavered in her commitment or duties even after being injured twice, which earned her two Purple Hearts.

She was trained to lie down under enemy fire, avoid barbed wire and understood hand signals. Reckless resisted her urge to flee and instead carried “nearly 9,000 back-breaking pounds of ammunition from the supply point to the gun teams,” states History.com. 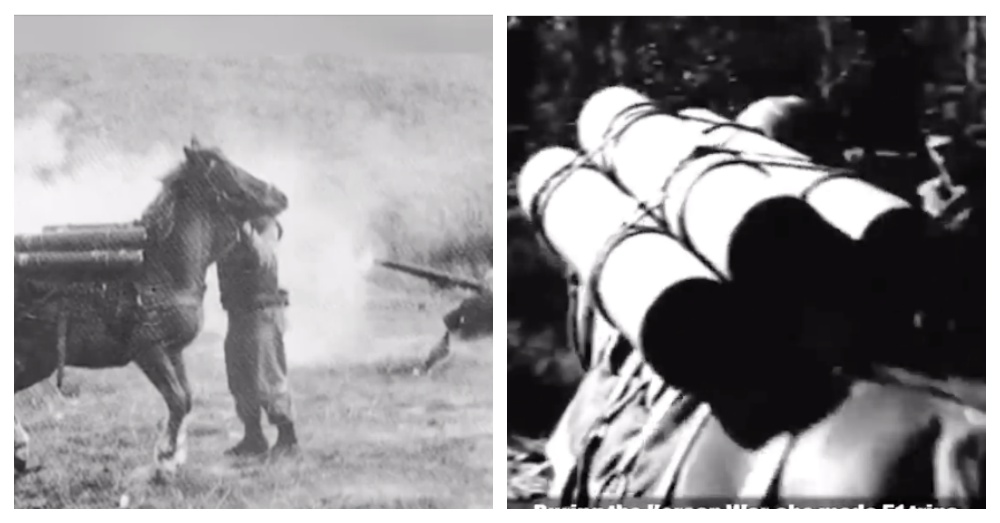 Reckless was the first animal to ever earn an official rank in the Marine Corps. On April 10, 1954, she was promoted to sergeant. The decorated war horse arrived in the U.S. in November of 1954. She received a hero’s welcome and lived the rest of her life at California’s Camp Pendleton. 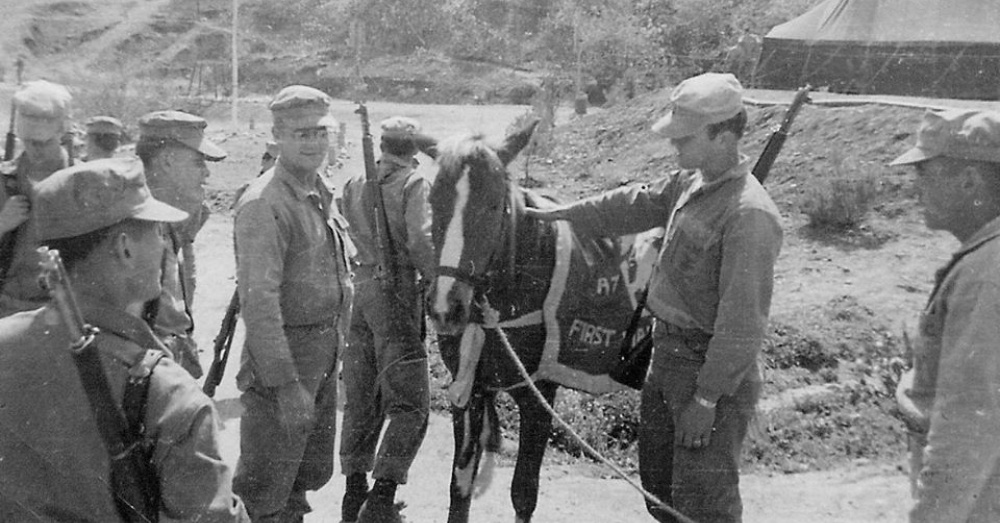 She passed away in 1968 at the age of 20 and was buried with full military honors.

Robin Hutton did not want Reckless’s story to be forgotten, so she wrote a book about her titled, Sgt. Reckless: America’s War Horse.

“She wasn’t a horse. She was a marine,” Hutton said. 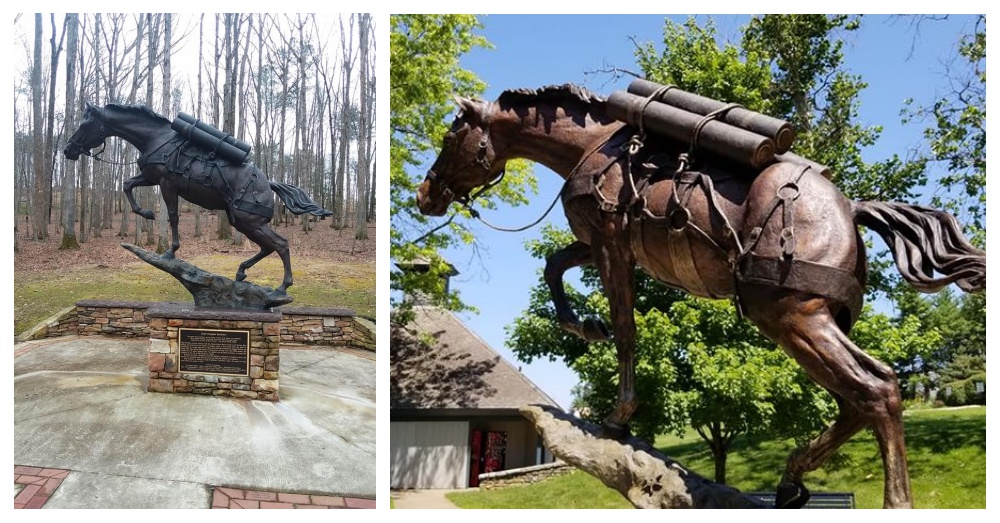 Sgt. Harold E. Wadley of the US Marine Corps, who served with Reckless attended the ceremony to unveil her bronze statue at the Kentucky Horse Park on the 50th anniversary of her death. There are two other life-sized bronze statues of the hero at Virginia’s National Museum of the Marine Corps and Heritage Center and at Camp Pendleton. Reckless will never be forgotten.

Watch the video below posted by the U.S. Marine Corps to honor the Corps’ most decorated horse.

Marine Dog Veteran With Terminal Cancer Gets A Proper Hero’s Goodbye: Click “Next Page” below!