Firefighters and rescue workers in California are working day and night to extinguish more than ten wildfires burning throughout the state. Easy Fire in Southern California has already burned 1,723 acres and is only 10% contained.

The Easy Fire quickly spread across Simi Valley and horse farms needed to evacuate immediately. The Santa Ana winds brought gusts reaching over 70 mph fueling the fires and grounding helicopters. However, rescue teams remained on the ground to help save as many lives as possible. As smoke consumed the air making it hard to breathe, people came together to save terrified animals. 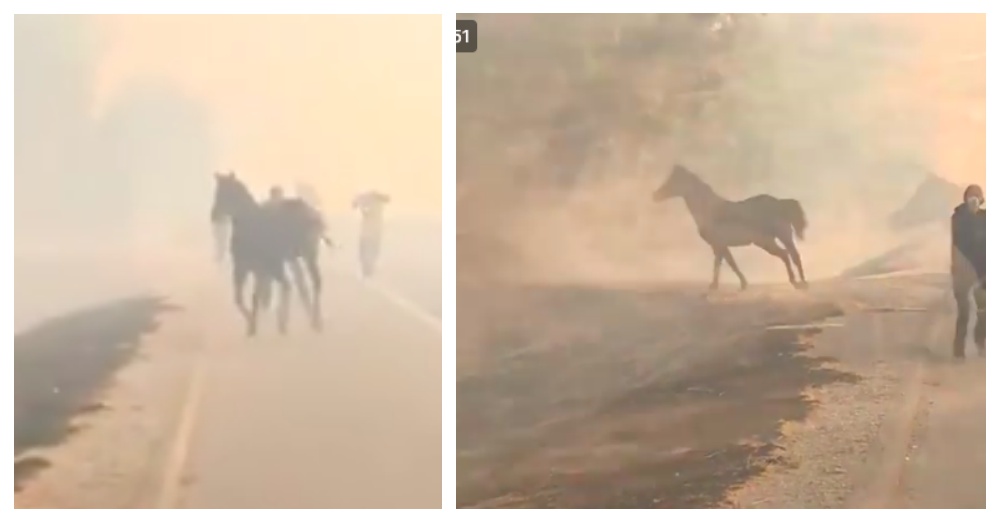 A herd of horses were frantically running from a burning ranch in Simi Valley. Some of the horses were led to the road and others were set free in hopes they would follow the others. A black mare made it to the road but then ran back towards the burning stables. 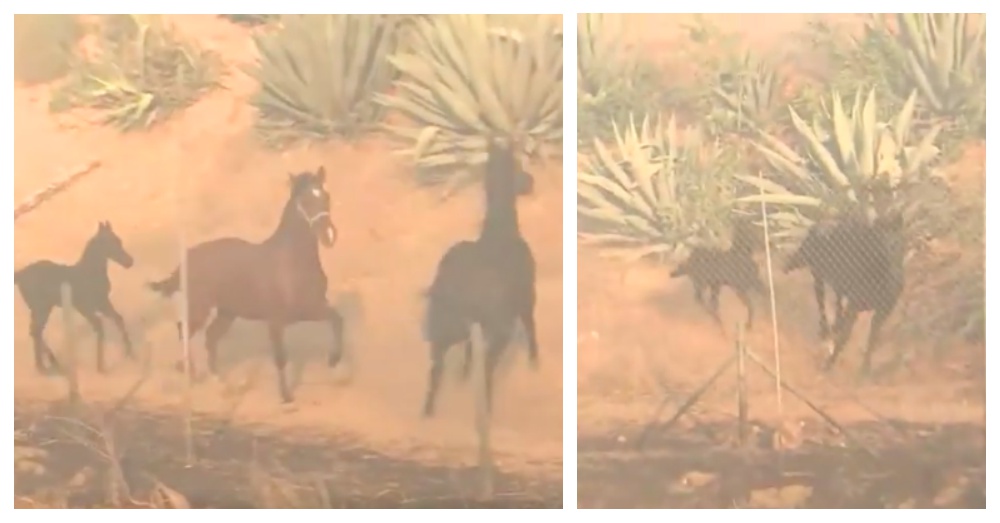 It turns out that her baby, a black colt, was behind the fence running alongside a bay horse. The rescuers watched as she ran back to get her baby. She then corralled the two horses to the road where they were loaded onto trailers and brought to a safe location. 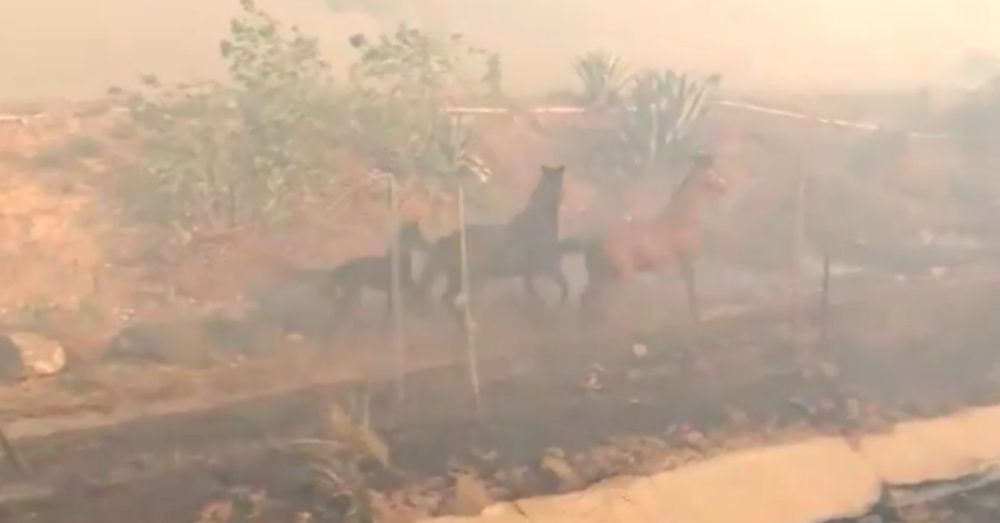 The viral video was posted with the caption, “Incredible video of a horse going back to rescue her baby from the #simivalley fire caught by CBS Los Angeles. (The black horse is the mama of the colt. They were all safely loaded onto a truck and rescued.) We are so grateful to all of the firemen and rescue workers in California these past few weeks!! Thank you!!”

People praised all the volunteers and rescue teams for helping and rescuing the horses. The horse on the top of the hill in the video was also rescued. One person commented, “We’re here in Simi and so grateful to everyone’s hard work. So many people worked for hours to load these horses. They were so scared.” 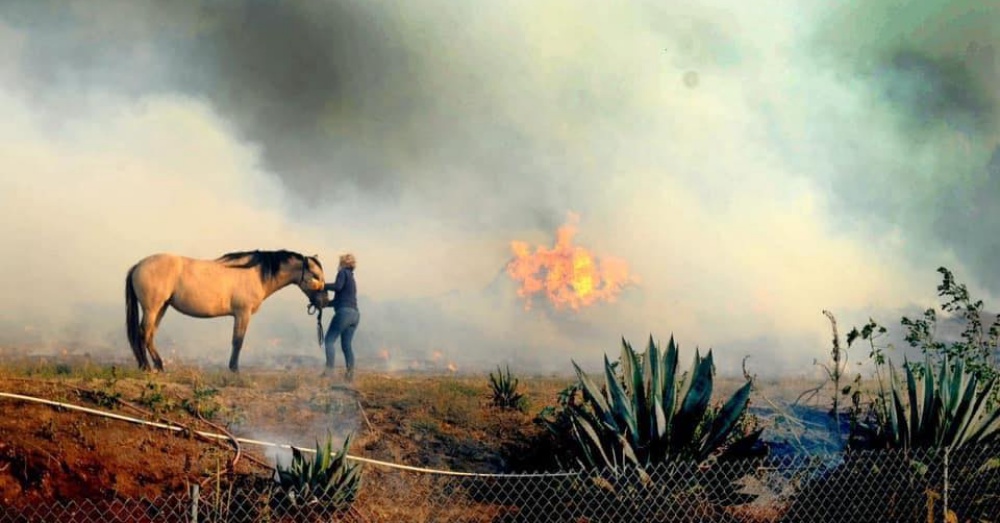 Another said, “The moment when the three of them were running back out and she turned her head slightly to the left to look at the colt – priceless!!!!”

Watch the heartwarming moment in the video below. Thank you to everyone involved in this rescue and the countless others that are not shown. 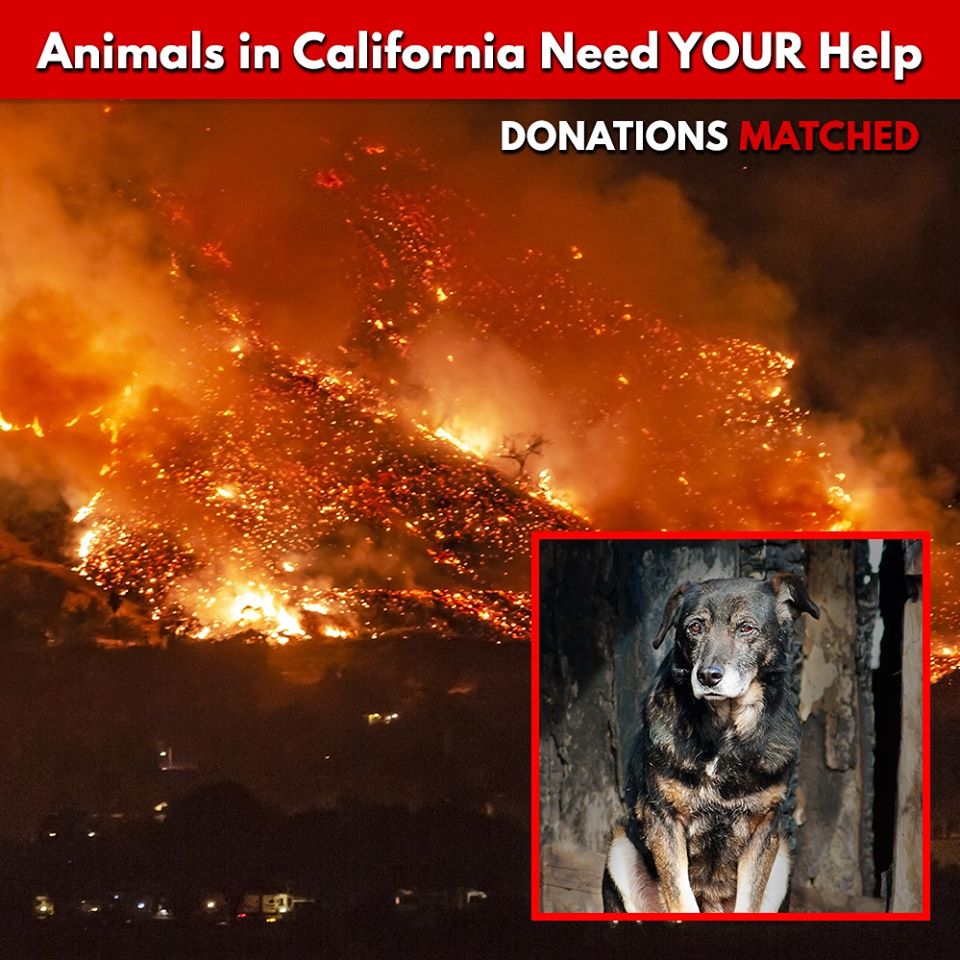 Right now, California is experiencing a state-wide disaster as multiple wildfires burn across the state, many of which are still not fully contained. From the Kincade Fire in Northern California, which has destroyed more than 75,000 acres, to the Easy Fire in Simi Valley, thousands have had to evacuate their homes leaving them and their and pets scrambling for shelter. As more fires break out throughout the state, we need your help to ensure we can help as many victims as possible.

GreaterGood.org is supporting efforts on the ground by providing veterinary supplies, sheltering supplies, and other emergency grants. We’ve already received urgent requests from our partners for food and medical care resources. Your ongoing support makes it possible.
Make a difference

How To Help Shelter Animals Displaced By The California Wildfires: Click “Next Page” below!