Donkeys are social animals that need the companionship of other animals. A herd of donkeys were grazing in a dried lake bed when heavy rains turned the high ground into an island. The herd immediately headed for the mainland, but one donkey with an injured leg was left behind.

A donkey named Hillary spent the past two years alone on the 1.3-acre island in the middle of a California lake. When heavy rains filled a once dry Lake McLure, the rest of the herd made it back to the mainland. However, Hillary’s front leg was injured, which made it impossible for her to cross the water. 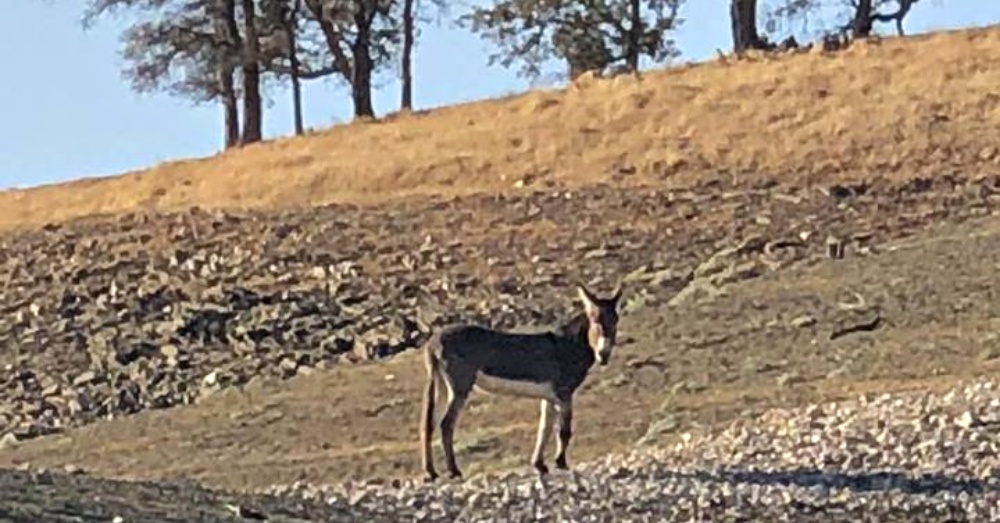 Concerned locals would visit Hillary multiple times a week to feed her apples, carrots and hay. The island did not provide much food and rescuers were concerned for her well-being. Former police detective Harry Markarian found Hillary in 2017 and spent the past two years trying to rescue her – but kept running into red tape.

He talked to a local veterinarian about tranquilizing the donkey and then transporting her back to the mainland by boat. He even contacted horse rescuer Bobbie Carne to assist in the rescue. After receiving the approval from the land owner, he thought he was in the clear. However, his plans were halted when state officials told him that it was illegal for a citizen to capture a wild donkey. 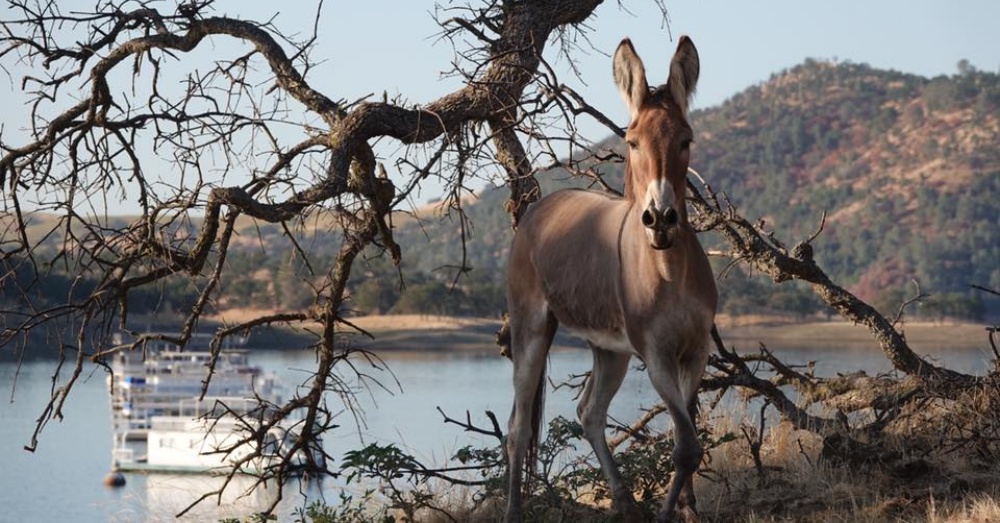 “We kind of had the wind taken out of our sails,” Markarian told CBS Sacramento. He went on to say, “We’re concerned about her broken leg.”

Markarian continued to raise awareness about Hillary and refused to give up until she was rescued. 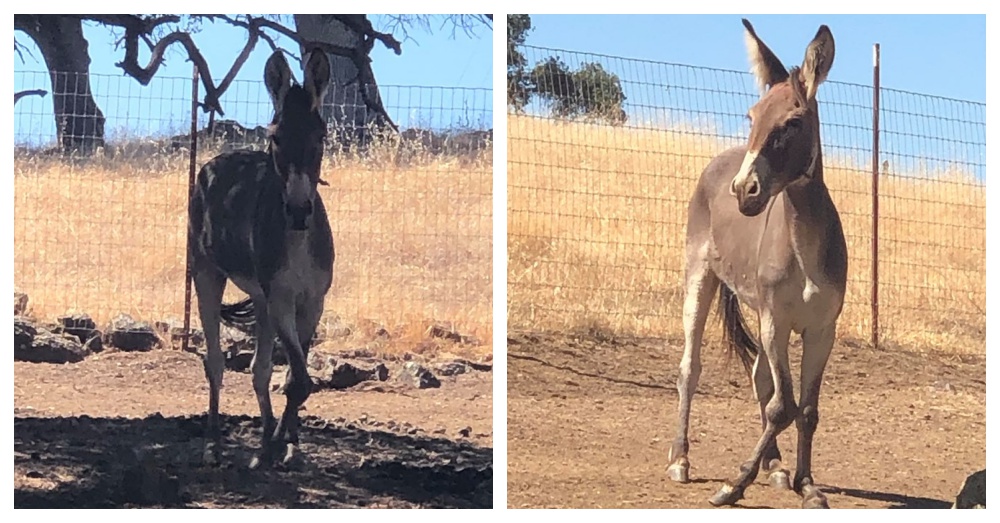 A few weeks later, the California Department of Fish and Wildlife finally come up with a plan and date to rescue Hillary. Their plan was to lure Hillary into a pen with watermelon, but it did not go as planned. Geese swooped in and ate the watermelon when Hillary refused to enter the pen. They ended up tranquilizing her and transporting her by boat back to the mainland.

“Hats off to Bob Stafford and all his folks at the Dept. of Fish & Wildlife for their effort. They truly did an awesome job today! And Thank You to the Peaceful Valley Donkey Rescue for taking her in,” posted Markarian. 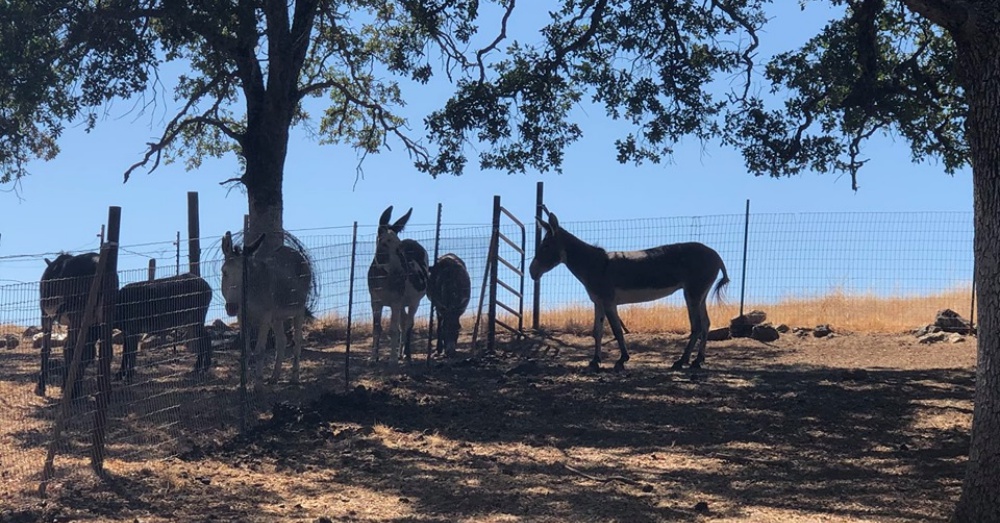 Peaceful Valley Donkey Rescue stepped up to help Hillary and provide her with a permanent place to live. She is currently in quarantine and will be examined by a vet. Eventually, she will be moved to the special needs pasture to live with a herd for the rest of her life.

The rescue posted, “She’s doing great. Mostly just adjusting right now. She seems so happy to be around other donkeys.”

Man Risks His Life Retrieving Stranded Animals As The Floodwaters Kept Rising: Click “Next Page” below!