An Alabama veterinary student was arrested after multiple horse owners accused her of selling their horses to slaughter. The student offered to “re-home horses” for people, but it appears that she may have sold them to kill buyers for money. 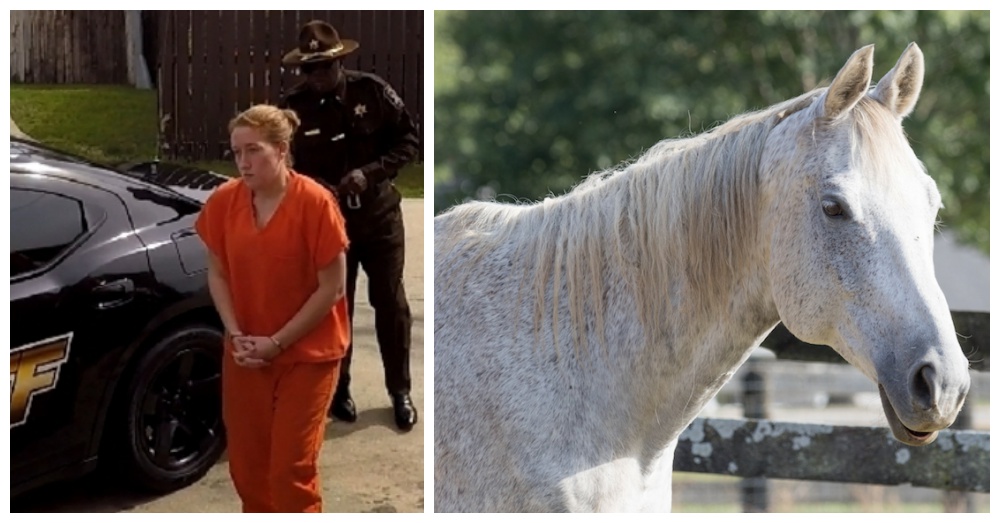 This is the second charge of this kind for Blackwood. She was arrested for a similar warrant “as a fugitive from justice” by North Carolina back in April.

Blackwood offered to re-home horses that people could no longer care for on her farm in Boaz, Alabama. The heartbreaking truth of what happened to the horses was revealed when the previous owners tried to check-in on their horses. They reached out to Blackwood and asked for pictures and an update. However, she would never respond. 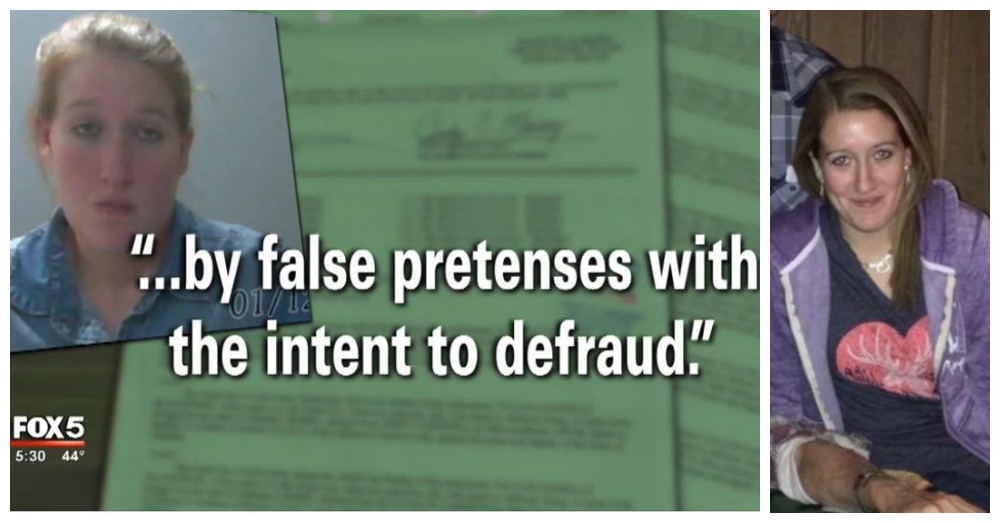 The number of missing horses linked to Blackwood continues to rise. She would contact people and reassure them that their horses would be happy and safe by telling them she needed a pasture companion for her barrel horse. She told each person that she was a veterinary student as well. Many had signed contracts with Blackwood stating that she would never sell or send their horses to slaughter. 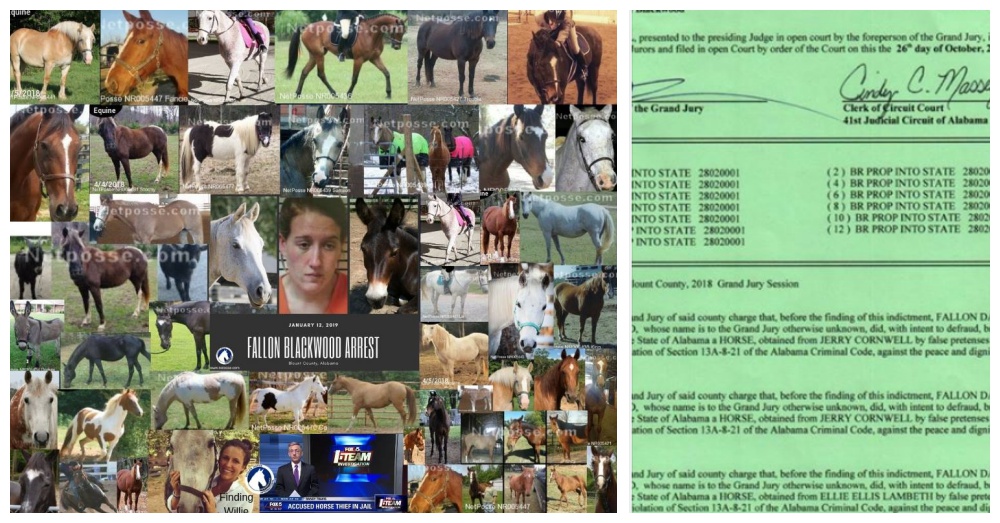 Stolen Horse International (AKA Netposse.com)- a non-profit group that helps find lost or stolen horses is now involved in the case. Many of the owners believe that the horses were sold to kill buyers and sent to slaughter in Mexico.

“Maverick County Sheriff’s Office in Eagle Pass, TX is currently actively investigating the missing horses. For those of you who are unfamiliar with Eagle Pass, it is where many U.S. horses get sent to be shipped over the border into Mexico for slaughter. Unfortunately, we have strong beliefs that this is where many of the missing horses went,” posted Stolen Horse International

One of the missing horse owners, Lindsay Rosentrater, did some research on Blackwood when she would not return her calls. She told Al.com that she confided in a friend who recognized the student’s name and, “pulls up Facebook and a private rescue group had flagged her name for doing business with kill-buyers,” Rosentrater said. “I immediately started bawling my eyes out.” 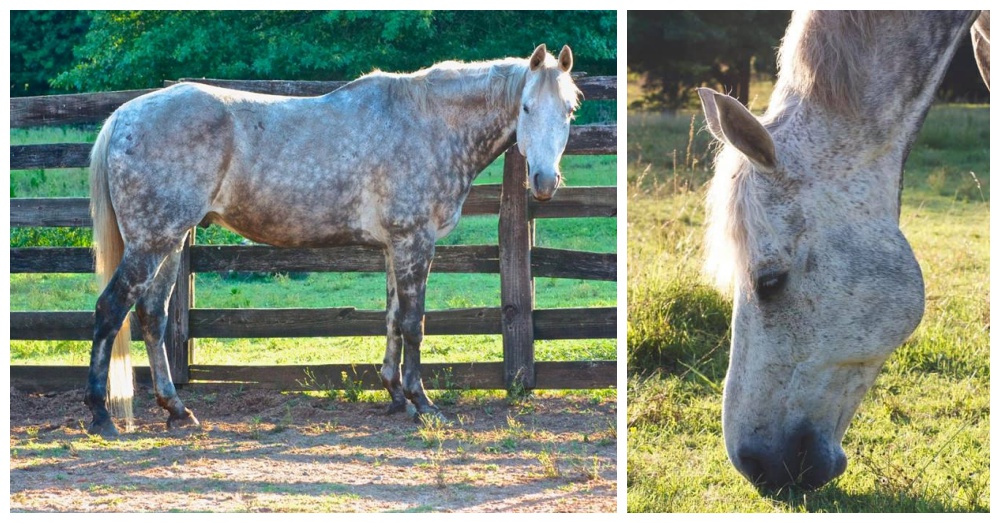 Rosentrater’s horse’s name is Willie and he is a 15-year-old Appendix gelding. She was no longer able to care for him but was determined to find him a loving home. She made an ad on Facebook and Craigslist. She was immediately contacted by Blackwood from the ad on Craigslist. She assured Rosentrater that she would provide a loving home for the gelding. A impromptu contract was made stating that if for any reason Blackwood could not care for Willie he would be returned to Rosentrater.

She created a Facebook page to try and find Willie. Sadly, she did not receive any answers, but posted this when she heard of Blackwood’s arrest, “I’m overcome with mixed emotions of joy, anger, sadness… I am reminded that it will be a year on January 28th that Fallon drove off with Willie promising to give him a forever home. She broke contract and took Willie under false pretense. That rainy, miserable day that he screamed out for me from the trailer is burned into my memory forever.” 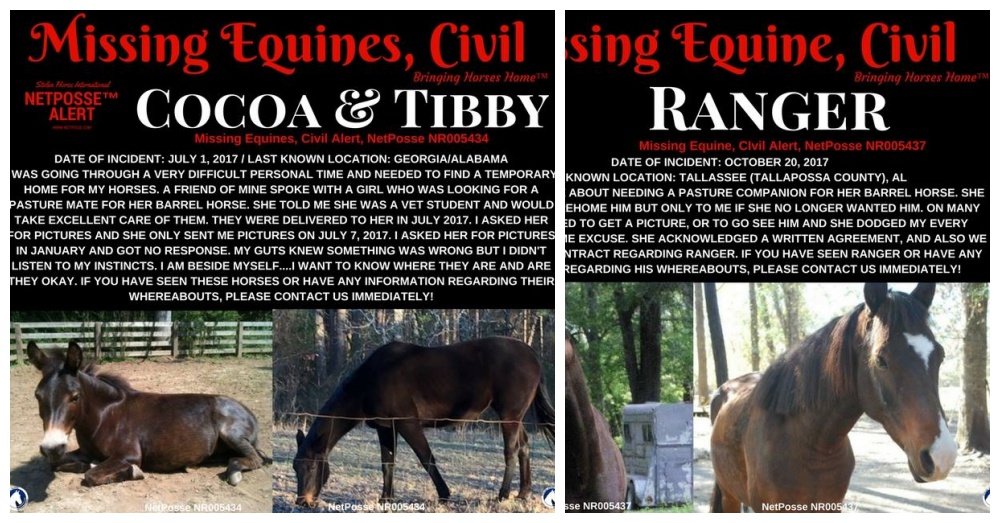 Other heartbroken owners are pleading for justice for their beloved horses. Rosentrater has been working with Netposse.com to help other people that were tricked by Blackwood. She recently posted, “All I want to know is where my horse went and what happened to him. We are now up to 33 victims. 49 horses, 1 mini mule, 1 donkey and 2 goats. The story is much bigger than Willie and we need all the help we can get. Please continue to pray and share as we spread awareness of these missing horses. By continuing to share our story, we hope that no other horse owner has to endure this heartache too.”

While some details cannot be released because the case is ongoing, Stolen Horse International posted, “This is for every horse, mini horse, donkey, mule, pony, goat, etc. that has been taken down a dark path unbeknownst to their owners’ heartfelt wishes. All of these animals listed below were taken deceptively under false pretense by the same vet student: Fallon Danielle Blackwood from Boaz, Alabama.”

Blackwood posted bail and is back at school at Tuskegee University. Many people commented that she should not be allowed to graduate and work with animals. The horse owners are not backing down and will continue to fight along with Stolen Horse International to make sure she is prosecuted for her crimes. 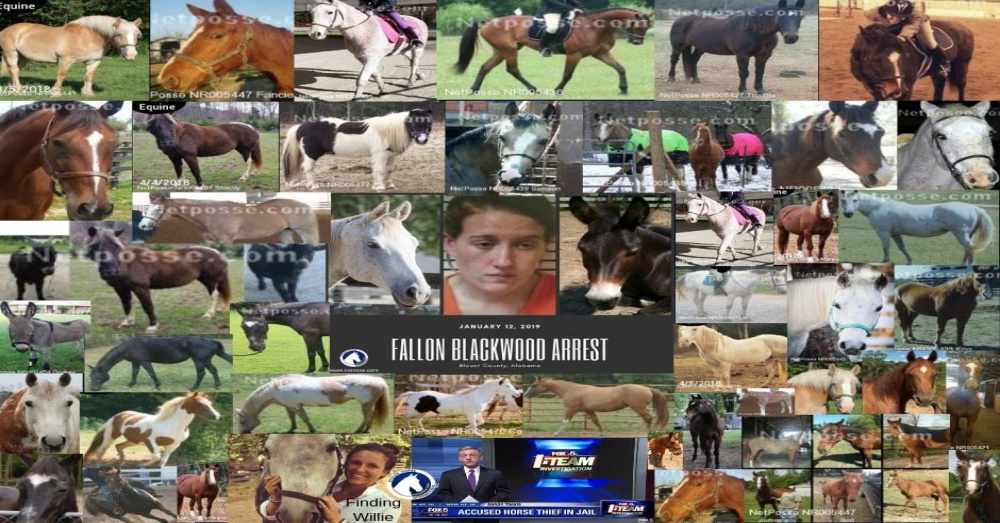 There needs to be justice for: