A young wild colt has died after someone refused to follow the rules and ignored the numerous signs that say “Do not feed” the wild horses.

Wild horses are not used to eating apples and carrots and although tourists think they are offering the animal a tasty treat, they could actually be killing the wild horse. 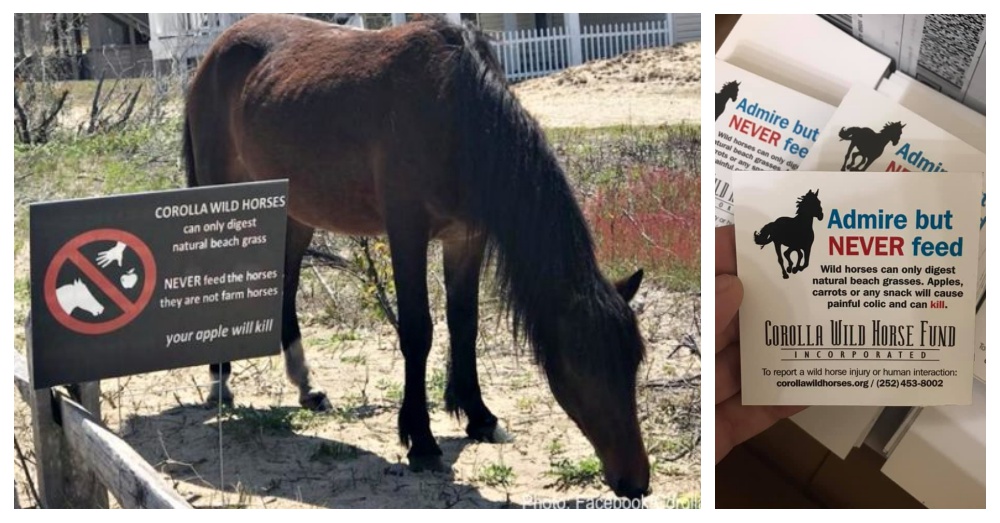 Sadly, that is what happened in Corolla, North Carolina to a yearling colt named Danny.

Corolla Wild Horse Fund, a nonprofit organization that protects the remaining Spanish mustangs that live on the Outer Banks of North Carolina, posted the devastating news of the colt’s death. 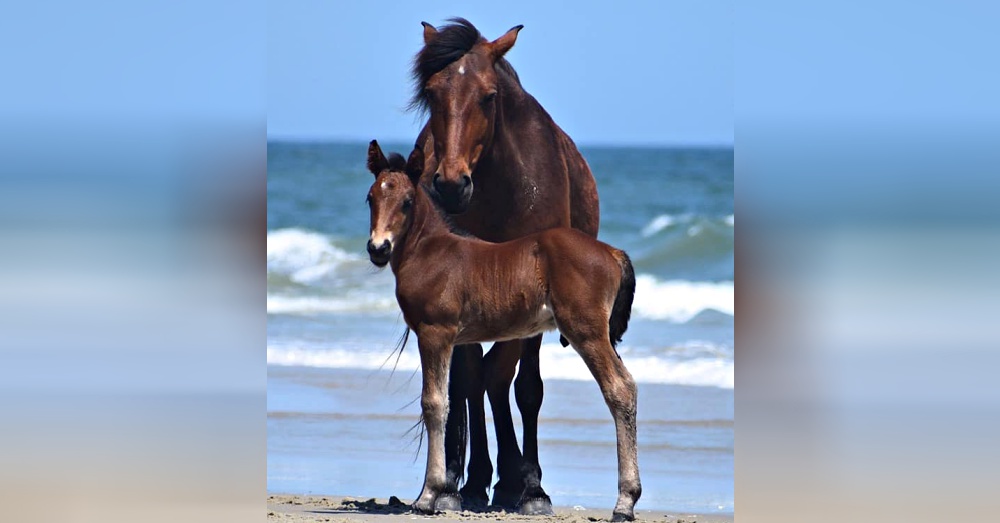 The organization received a call when someone spotted the colt in distress and rushed to help him. However, when they arrived they realized that the poor horse was suffering for days with the apple lodged in his esophagus. 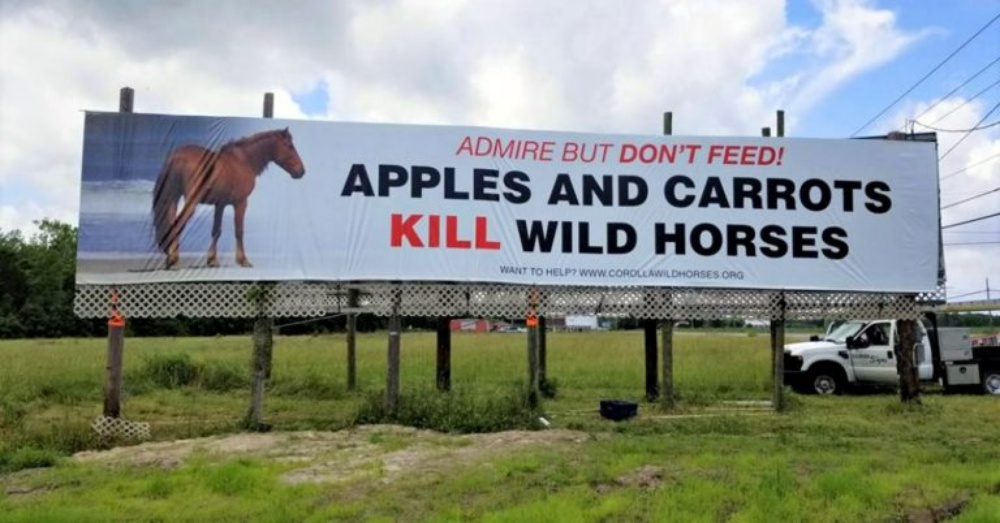 “We arrived on the scene Friday morning and under the direction of our vet, administered a sedative to try and relax his esophagus and allow the obstruction to pass. He was loaded into the trailer and taken to the rescue farm where the vet was waiting for us. The sedative did help pass the obstruction (the apple), but upon examination, we discovered that it had been lodged in his throat long enough to cause an infection and most likely a rupture to his esophagus.”

While they did everything in their power to save Danny’s life, he passed away at 7:30pm on Friday. “He most likely suffered a traumatic head injury from thrashing around for days while he was choking, and it’s also likely that the damage to his esophagus caused bleeding into his lungs. If this is hard for you to read, we can promise you it was much harder to witness in person, and it was absolute hell for Danny to suffer through.” 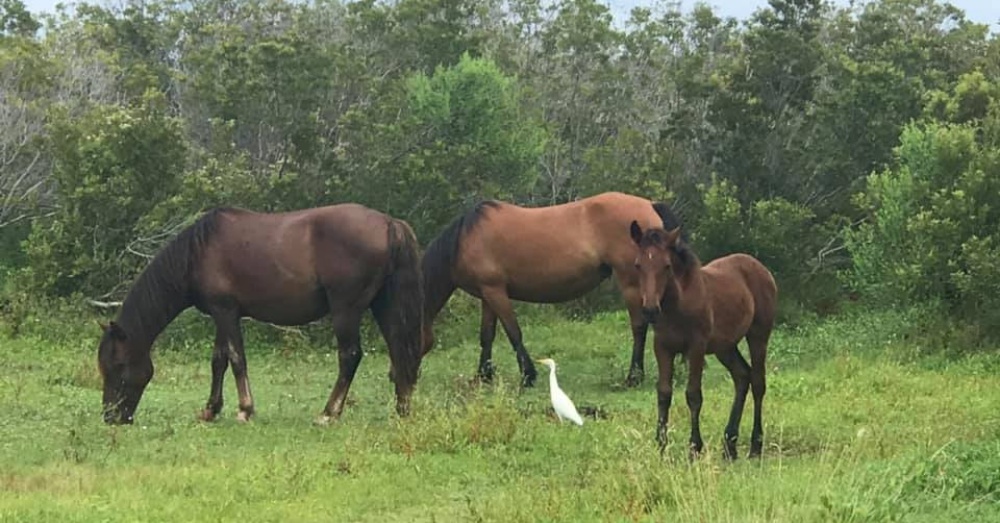 He was just a baby and his life was cut short because of inconsiderate people.

“All of this could have been prevented. Danny didn’t deserve to die this way. The herd doesn’t deserve to lose a young horse like this. And it should not take a horse dying from being fed for there to be a serious wake-up call.” 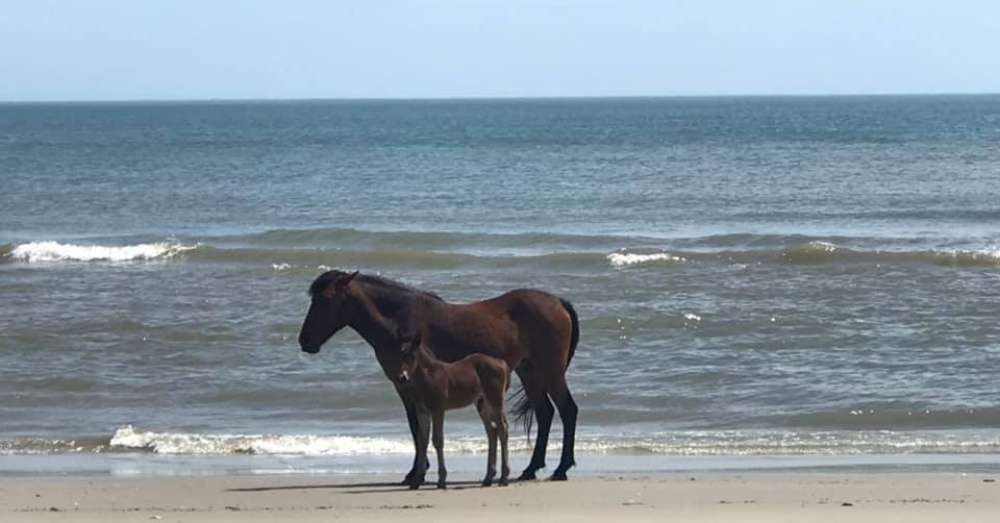 Corolla Wild Horse Fund urges people not to let Danny’s death be in vain and to please follow the rules put in place to protect the wild horses. “Stop feeding the horses. Stop touching the horses, Stop interacting with the horses. If the horses come up to you, walk away. Secure your belongings on the beach. Pick up your garbage. Call and report infractions that you witness,” they wrote.

Many followers sent their condolences over the tragic loss of Danny to the staff and his mother. They also pleaded with local vacation rentals to join in on educating tourists on how to keep the wild horses safe and to observe from afar. It’s a privilege to be able to see these magnificent wild horses but some say the only way to protect them is to ban people from the beaches. 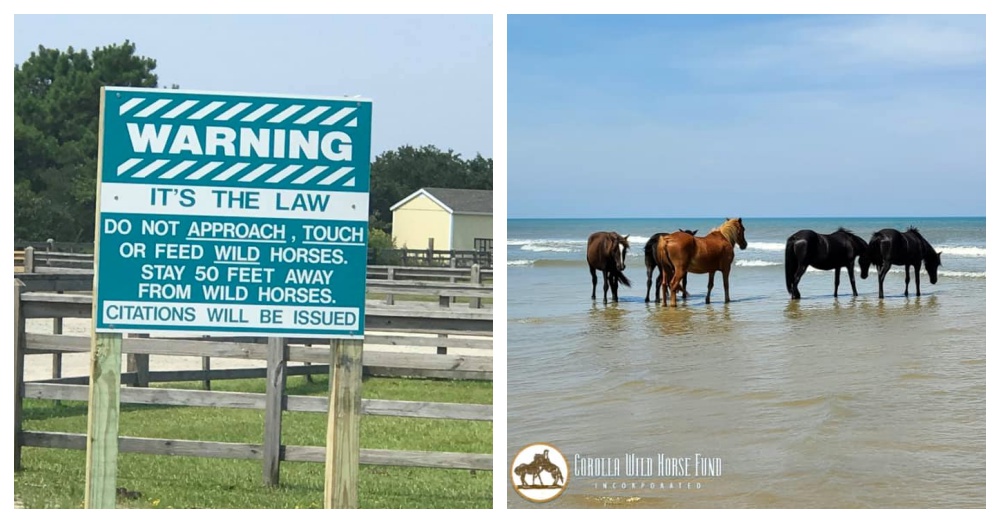 It’s against the law to come within 50 feet of wild horses and citations will be issued to anyone found breaking it. Please observe the wild horses from afar and allow them to roam free. “Don’t let this happen again. We are begging you to please help us keep these horses safe.”

Woman Hits Wild Assateague Horse With Shovel, But Horse Kicks Back: Click “Next Page” below!