Wild horses are a sight to behold, but are not to be touched.

Every year, thousands visit Assateague Island National Seashore to catch a glimpse of the magnificent wild horses that roam free on the 37-mile-long island on the coast of Maryland and Virginia. However, there are always those that don’t follow the rules and put themselves and the horses in danger. 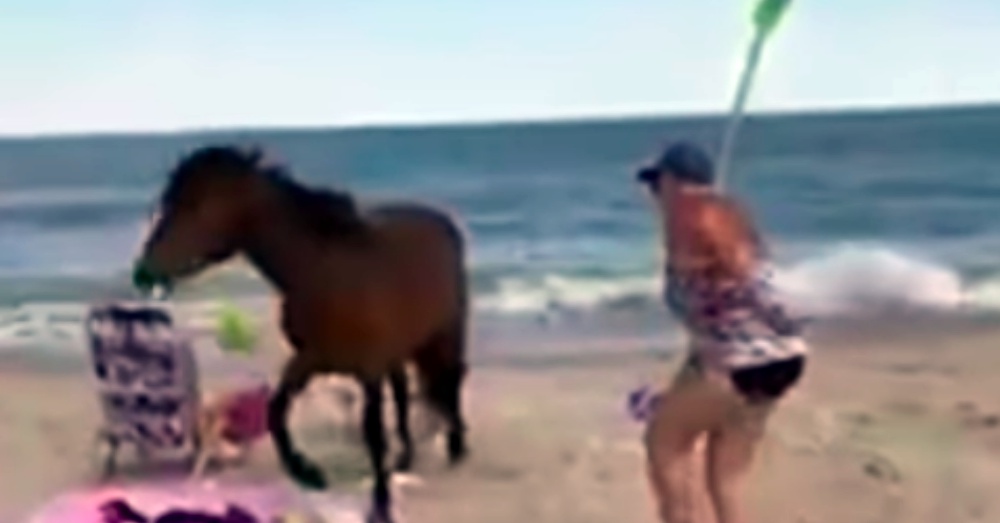 A video of a woman smacking a wild horse with a shovel was recently posted on the People of the Ocean City Boardwalk Facebook page. The footage showed a bay horse rooting around the woman’s towel as she approached from behind with a plastic shovel in hand. She proceeded to smack the horse on the rump with the shovel and the horse retaliated by kicking out with both hind feet. 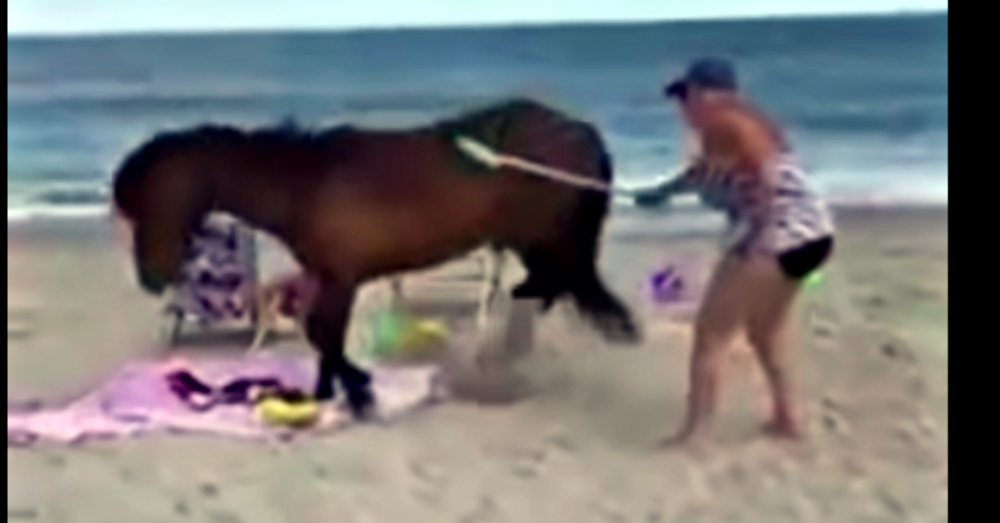 The woman fell into the sand and the horse resumed rummaging. Meanwhile, another horse and a baby joined the first horse and seemed to have found something of interest on the towel. 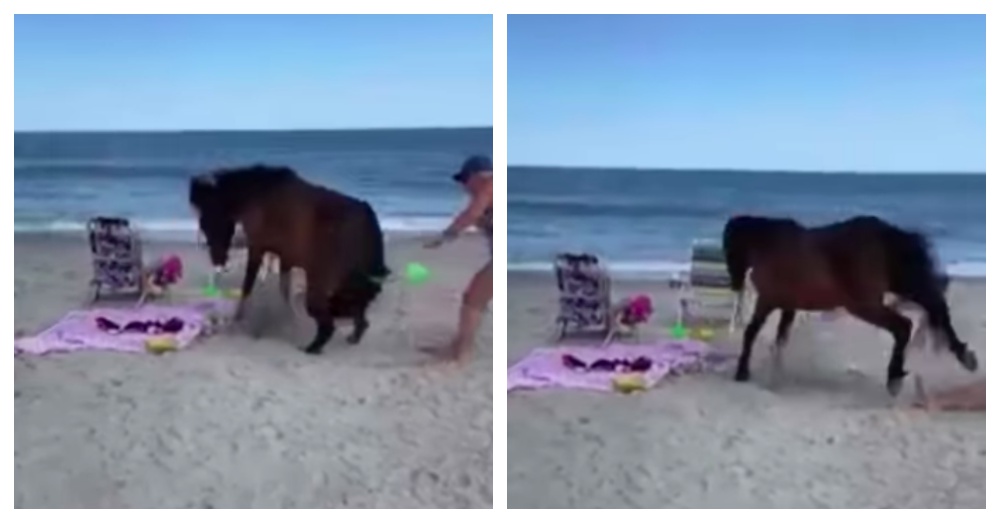 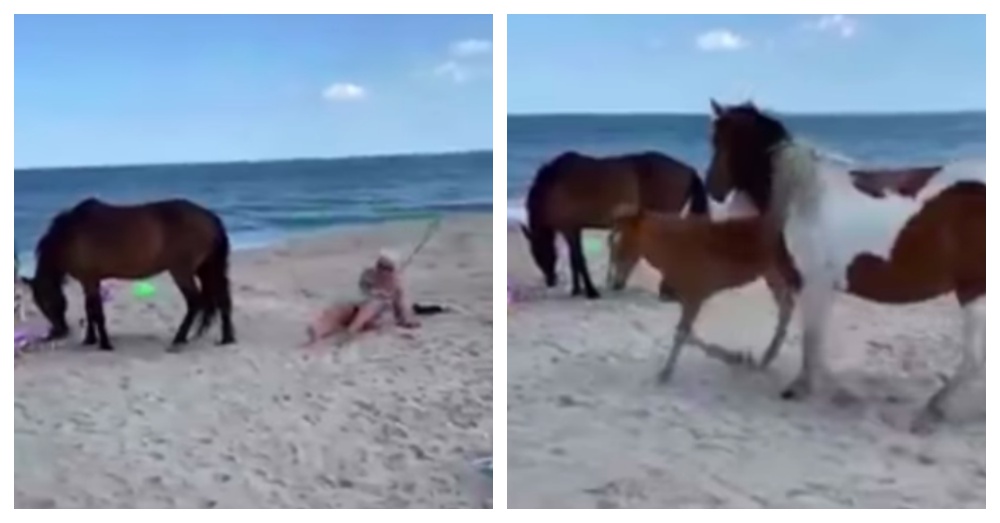 Someone in the video can be heard saying, “They’re going to kick you.” 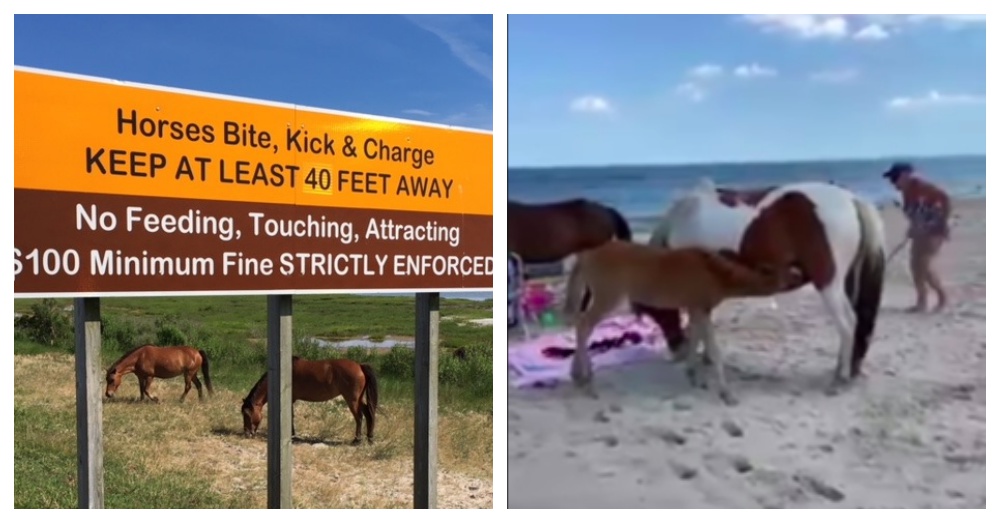 The National Park Service is aware of the incident and has forwarded the video to Assateague Island National Seashore Law Enforcement Rangers. They are not sure when the incident took place but advise visitors to always keep their distance and not to bring food. “These horses have learned where to find food and how to get it. They can bite or stomp a food package open, they can kick open an unsecured cooler, they can eat right out of open beach bags. The horses will stage an all-out assault on the beach in the pursuit of food. This is so dangerous for visitors,” states NPS officials.

For the safety of the horses and visitors, NPS asks people to observe from afar. “Assateague’s horses are beautiful, tough, and wild. They have learned to survive in a harsh environment. Feeding and/or petting them is detrimental to both visitors and horses.”

There are consequences for those who don’t follow the rules. “Visitors are kicked, bitten and knocked down every year as a direct result of getting too close to the wild horses. Treating wild horses like tame animals takes away the wildness that makes them special. Protect your family by respecting theirs. Give the horses the space they need to be wild.” 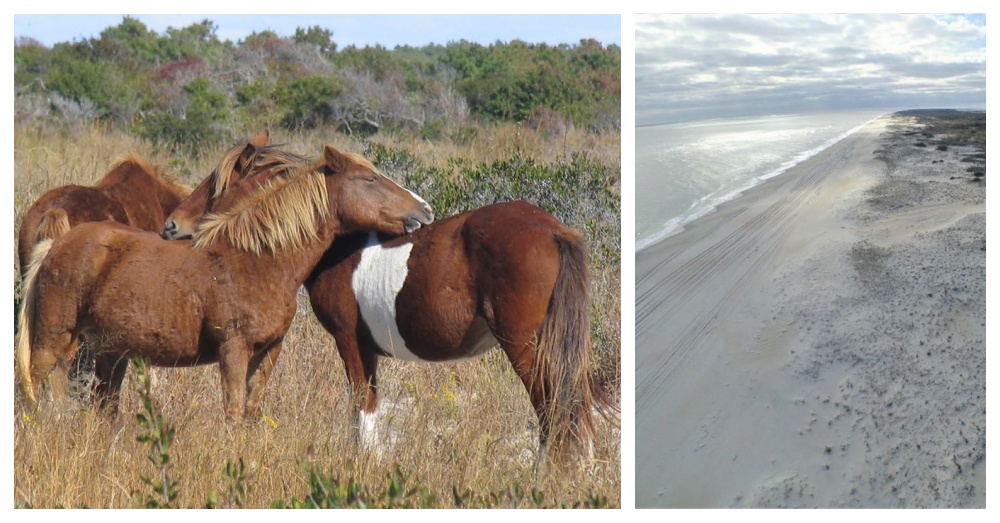 The video of the woman smacking the wild horse has gone viral with over 1.5 million views. People are outraged by the woman’s behavior. One person wrote, “It’s the horses beach, we just visit. If you don’t want to see the beauty of the horses don’t go to. This is so appalling, THERE ARE SIGNS EVERYWHERE THAT STATE DO NOT TOUCH HORSES.”

Another said, “It’s their beach. You are the visitor. We camp there every year. It’s a beautiful place. If you don’t like the horses, what are you doing there in the first place. It’s people like this that make it hard for others to enjoy the park! She should be fined.”

Watch the viral video below.

Dallas Police Horse 'On The Mend' After Being Hit In Head With Brick By Protester: Click “Next Page” below!